There aren’t many on the field as experienced at Paralympic sports as Dejan Fabcic of Slovenia.

Five years ago, at the Games in Rio, you might spot him paddling at an enormous pace (and a sixth-place finish) in the para canoe event. And back in 2008 in Beijing, he was also in the water. There, he participated in the para swimming competitions.

In Tokyo, he’s moved to dry land, instead carrying his bow in Yumenoshima Park.

He also carried the Slovenian flag at the opening ceremony, one of seven archers chosen to lead their delegations.

Dejan, who was born without both patellas, perhaps better known as kneecaps, did pretty well in the qualification round on Friday. He seeded 20th in the recurve men’s event, shooting a second-best career score of 603 points.

It’s an auspicious start to these Paralympics for someone who never planned on being a triple-sport specialist.

“It was very spontaneous. After Rio, I started shooting with a bow because my little daughter went to a local archery club. She started training and I tried with her. I liked it very much and also my results were not so bad,” he explained.

“So I said, ‘maybe I could try it in a competition?’ Then I met Brina [Bozic, Slovenian coach], she trained me a lot and I improved. And now I’m here, at the Paralympics,” he said.

It’s hard to find a reason simpler than Dejan for taking up a sport – and it’s one that will resonate with archers across the world. He didn’t want to wait in the car while his daughter was at the range so the solution was obvious: he would pick up a bow, too.

“I started just for fun, to relax after my job because I’m a full-time medical doctor,” he said. “I began in 2018, three years ago, and I believe I’m not at my maximum.”

The competition at these Paralympic Games isn’t over for Dejan. He’ll shoot his first match on Friday 3 September. But the Slovenian athlete is already looking towards Paris – which is where his sights were set before Tokyo became a reality.

Fabcic and coach Bozic, the former Slovenian international, have formed a formidable team.

“Brina believes in me. I do quite quick steps in every sport, also in archery. And she said, if I worked hard and followed her advice, we should go to the Paralympics,” he said. “But we thought about Paris 2024. We are here and I think it’s kind of a step to Paris and an award for our work.”

If these Games had taken place 12 months ago, as was originally planned, he thinks that it’s unlikely he would be on the field in Yumenoshima Park.

“If there weren’t coronavirus, pandemic conditions, I wouldn’t be here. But last year, we were in quarantine, I trained a lot,” he said.

“I built myself the target in front of my home and then I just shot every day. I improved a lot my shooting, technique at that time. Thanks to corona, I’m here”.

Dejan is a Paralympian but he isn’t a full-time athlete. The 43-year-old still works as a full-time doctor at home in Podnanos.

Having had more than 20 surgeries to treat the tibial aplasia with which he was born, Fabcic drew inspiration from the very surgeon who was helping him.

“My orthopedist was so cool and I admired him a lot. I said to myself, ‘as I feel thankful to him and I admire him, I want other people to see me like that as a doctor’. So medicine was my only wish as a faculty. Now I’m a specialist in internal medicine,” he said.

Fabcic did work in a hospital. Now he’s a specialist in thyroid and diabetes treatment.

After visits with his patients are over, he heads to the range.

“It’s both a hobby and a way to clear my mind after work,” he said. “I like sports very much, I like to compete. If I do some sports, I do it intensively. I like to go to big competitions and the Paralympics are great for me. That’s my motivation to practice.”

As well as Paralympic appearances in swimming, para canoe and archery, Dejan has also competed at the world champions of para rowing. He’s a true sportsman.

“I’m now very much into archery and I want to go to the next Paralympics also in archery,” he said. “We have a lot of space for improvement. Maybe, step-by-step, I will go to some medals.” 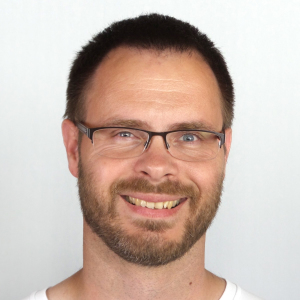 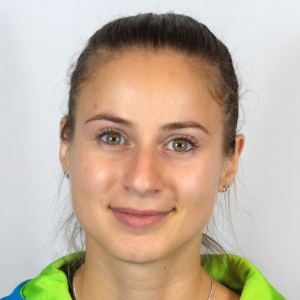