“I’ve always aimed to win, no matter the kind of game.” – Marco Galiazzo.

The most decorated Italian Olympic archer of the modern era, Marco Galiazzo astonished the world by taking individual gold at his first Olympics, aged just 21.

It was Italy’s first gold medal in archery at the Games, and only marked the start of an incredible journey for the man from Padova, who was born with his competitive streak.

“When I was a child, I thought I had to win every competition I took part in,” Galiazzo admitted. “My father followed and helped me during my career. He always told me to perform at my best, and to not concede anything to opponents. But I sacrificed a lot as a teenager: no holidays, no parties with friends.”

Athens 2004 was Galiazzo’s first Olympiad. After dominating his opening rounds, Marco faced a tougher battle with Vic Wunderle in the quarterfinals, squeaking past with just a point to spare. He then beat Britain’s Larry Godfrey, 110-108, in the semis, to face another another surprise finalist for the championship: Hiroshi Yamamoto.

Speaking this year, he said: “I remember every moment of that final match. When I walked into the stadium I was saying to myself to shoot good.  I was looking forward to end the match, so I could get some rest!  But that day I was very certain about what I could do.”

With a pair of 10s in the first end, the Japanese archer took a one-point lead, but Galiazzo put in a 29 to Yamamoto's 27 in the second to reverse the advantage. He drilled two more 10s in the third, increasing his lead to two points going into the final end, and maintained the lead through the final three arrows.

The gold was Marco’s.

“If I hadn’t won it? I would have won silver and I would have been very happy anyway, since it was my first Olympics,” he said. “At the end I knew I did the best I could, so even if I hadn’t won, I wouldn’t have had any regrets.”

Galiazzo’s life changed quickly: “Immediately after Athens, I did dozens of interviews and I went to many award ceremonies. But as an athlete, I remained the same as before.”

“Being in the sport team of the Italian Air Force is a privilege to me, because I am paid to practise the sport I love,” he said.

Marco was back in action for Beijing 2008. His individual run ended in the second round, but the Italian team of Galiazzo, veteran Ilario Di Buo and Mauro Nespoli made the final. The scores were tied going into the last end, but Nespoli sent down a seven to hand Korea the title, and Galiazzo had Olympic team silver to go with his individual gold.

In 2009, Galiazzo won the Archery World Cup Final, and took another major in early 2012: the individual indoor world gold.

London beckoned. But in the first round, Marco’s trip was cut short by Juan Rene Serrano – who he had beaten on his individual run in 2004. The story in the team event was different.

The Italian men’s team hadn’t expected to do much damage in 2012, but beat Chinese Taipei, China, and Mexico in short order, to set up a classic final with the USA, who had knocked out Korea in an astonishing display of shooting in their semifinal.

The Italians took an early lead, but some loose ends saw the States trio draw close. In the end it came down to just a single arrow, the last of the match, launched by Michele Frangilli, which won Italy the gold by a single point. Marco had a third Olympic medal from three consecutive games.

It’s not yet certain if Marco will be in Rio, but the relatively veteran Italian men’s team has proven it can never be counted out in Olympic competition.

“I have respect for all the not-young athletes, who still take part in high-level international competitions,” Galiazzo said. “Plus, I still want to win an outdoor world championship! What makes me different? I think my strength lays in my attitude. Keeping cool and calm in crucial moments, even during big international matches, made the difference.”

“It’s important to maintain this behaviour after a big victory, but also after great disappointments. The most important skill an archer can develop is concentration.”

Now aged 33, Marco has also considered coaching: “If the federation will hire me as a coach, I will be there.”

And his best piece of coaching advice to new archers is simple: “practise archery with dedication”. 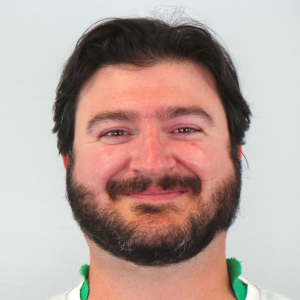