Colombian compound woman Sara Lopez had her international winning streak snapped after 31 matches by Dane Tanja Jensen, when she beat the reigning world number one 149-147 in the Antalya semifinals. Lopez had also won gold at the last five Hyundai Archery World Cup stages.

“I’m really proud. Some people think I will always be in the gold final but it’s not easy at all,” said Lopez. “I‘m really proud of how I shot this competition and the most important thing is that I’m achieving my goals.”

Sara said in Shanghai that her aim was to set the record for the longest cumulative time period ranked number one in the world.

“I’m always shooting in finals – and that‘s better than the Sara you met four years ago. Congratulations to Tanja, she shot amazing. But I’m going to show to everyone I deserve to be where I am,” she added.

Jensen, who shot two 145-point matches before a 144-tie with Toja Ellison in the quarterfinals, which she survived with a shoot-off 10, posted one of her best match scores in competition to beat Lopez.

“It feels pretty great. I knew I had to shoot pretty great to beat Sara because Sara is always on point,” she said.

“I think for some reason it made me less nervous because I thought that nobody is going to care if I lose to Sara Lopez because she’s like really, really good so I’ll just take it easy.”

Jensen’s Danish teammate Sarah Sonnichsen – the world number two, runner-up at stage one and widely-regarded as Lopez’s largest rival – was shooting two spots away on the line and said she could hear coach Martin Damsbo calling out Tanja’s arrows.

“I almost cried out there. I had one arrow left, and I knew she had won and I was like, don’t cry, you need to shoot your arrow,” said Sonnichsen.

“I would love to beat her because we’ve had so many matches – but having Tanja as a teammate and a great friend beat her, I’m really proud.”

Sarah had beaten Sara at an invitational tournament in Istanbul days prior to Antalya, but in two meetings on the world circuit – both in Shanghai – lost twice.

Lopez will shoot for bronze against Iran’s Parisa Baratchi in Antalya.

“The colour of the medal doesn’t matter. It’s how much effort you put in to get there. I’m going to put in my best score in the finals,” said Lopez. 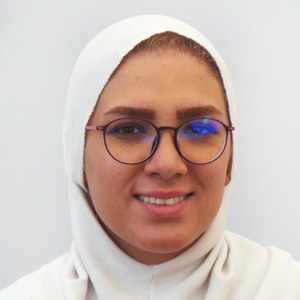