Archery’s Olympic return in 1972 caused the sport to modernise

The first modern Olympic archery competition took place on 7-10 September 1972 in Munich, when the sport returned to the Games after a 52-year hiatus.

It was a turning point.

As the stakes raised in competition, so did the need for equipment, formats and mentality fit for elite sportspeople.

“I went to the Olympics with my monolithic Hoyt PM4, with which I shot my first 1200 points, and so did most of the other participants,” says Sante Spigarelli, who shot for Italy at the 1972, 1976 and 1980 Olympics.

The PM4 was built from a single piece of wood, the link between traditional bows and modern modular risers and limbs.

“The Americans arrived… they were the undisputed world leaders… with the takedown Hoyt TD1! Their arrows were customised with the USA colours and the biggest surprise was a strange object which was the pressure button,” continues Spigarelli.

“It was totally unknown to us.”

The US dominated the event, John Williams and Doreen Wilber taking the individual titles. But gear wasn’t their only edge.

“I remember John very well because he was the absolute star of those Olympics,” says Spigarelli. “I spent a lot of time observing him.”

Two rotations – details – of archers shot the double FITA (double 1440 Round) that decided the competition at the 1972 Olympics. Spigarelli was on the opposite detail to Williams.

“His technique, his timing, his concentration between one end to the other. His fluidity was surprising, he seemed to pull very few pounds,” recalls the Italian archer.

“Watching him, I realised that it was due to his excellent alignment, perfect execution timing and the harmony with which he executed his shot.”

“All elements that, at the time in Italy, weren’t considered qualities worth pursuing.”

Four years later in Montreal, Darrell Pace would win the men’s event with 2571 – before taking Olympic gold once more in 1984 with another Olympic record of 2616.

It wasn’t just the winning scores that were increasing, either. As the sport took shape, as archers became athletes, so did the seriousness with which archery was taken as an activity.

“The whole community felt the importance of having entered a world where real sport was practised,” says Spigarelli, who started competing in 1970 – four years after the Olympic return was announced.

“I immediately experienced the competition between archers for places on the Olympic team that would be formed.”

At that time, there were only six competitions in Italy run to international rules in major cities. Anyone who wanted to make the Games would participate.

Munich wasn’t only a pivotal point for archery but it was a moment of change for the Olympics. The horrific attack on the Israeli team accelerated the separation between athletes and the public.

“My first Olympics was Rome in 1960. I was 17 and sold drinks at the Olympic stadium. In the evening, I would go into the Olympic village with my friends,” says Spigarelli. That wasn’t possible during the Games at which Sante competed. “The tragic events in Munich led to severe security restrictions.”

Over the past 50 years, television has become the primary method of consuming the Olympics. This has been the catalyst for more change.

Archery’s competition format has evolved considerably since 1972. The introduction of head-to-head matches in 1992 ensured the sport’s hard-won return to the Games was not temporary.

“Over time, the choices have turned out to be right, making archery one of the most attractive sports on television,” says Spigarelli, who admits the double FITA was “unwatchable”.

“Another change that continues even now, always for greater entertainment, is the continuous reduction of time,” he continues.

“Some complain about these changes but they are the price to pay to be present at the Olympics, which were and will remain the pinnacle of an athlete’s career.”

At the time, archery’s return to the Olympic programme in 1972 might have been seen as the end of a journey.

But really, it was the beginning. 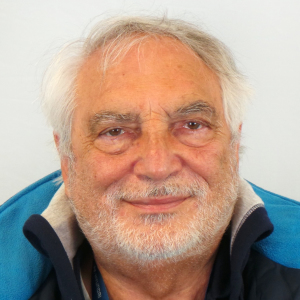