Competition at Yumenoshim Park hasn’t quite started yet, but Zhou Jiamin of China has already won herself some unforgettable memories from these Paralympic Games.

She was one of seven archers who carried the flag of their nation during the opening ceremony at Tokyo 2020.

Five years ago in Rio, she collected two gold medals, in the individual and mixed team events, and the appointment to lead the Chinese delegation into Japan’s national stadium is a reward for those impressive results. It’s recognition – and appreciation – that not many para archers get to experience in their careers.

“It was an honour for me. It was beyond expectations to hold the flag. When I got the news I would carry a flag of our country, I was very excited and I hope I can enjoy this Paralympics,” she said.

There was talk that it might be possible a few months ago. But nothing was sure until the very last moment.

“I was asked some months ago, there were asked some other athletes, but I thought I could be the one. And when the final decision came, I was happy,” she said. “I got it just before the opening ceremony, one day before. I wasn’t shocked so much, just a little bit surprised.”

Zhou will be one of the top contenders in Tokyo.

The Games five years ago were only her second international event – and she impressed, beating teammate Lin Yueshan in a tiebreak in the individual final, and beating Britain to mixed team gold, paired with Ai Xinliang.

Bearing China’s flag here has made her determined to back up that success in Tokyo.

“There is no doubt, I think I got more motivation now!”

“My goal is to enjoy the game,” she said. “Of course, I want to get a medal. But it’s important to take each shot carefully and the outcome isn’t something I should think about now.”

Competition at the Tokyo 2020 Paralympic Games starts with qualification on Friday 27 August 2021. 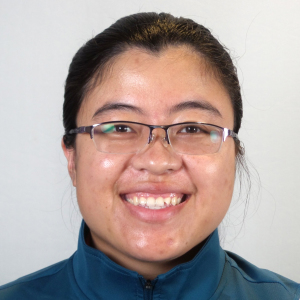