Before 2019, barebow archers were only recognised by World Archery to participate in field archery and 3D archery competitions.

This is not to say barebows couldn’t shoot in target archery events at the national level. The purpose of the World Archery Rulebook is to regulate international events only – and it’s in the more countryside-based disciplines of the sport that barebow has lived (and thrived) internationally for more than 40 years.

At the start of 2019, barebow was added to the target archery rules, meaning world records could be claimed.

The style was included as an official competition category for the remote Indoor Archery World Series during the season just finished; and in less than one week’s time, it will make its debut at a major championships when it is included on the programme of the 2021 Pan American Championships in Monterrey, Mexico.

“You’re combining traditional bows with the latest technology and shooting with a more traditional style," Danny Quintero said. "It’s in that mix where the attractiveness lies.”

Quintero is the first Colombian barebow archer to be selected for the national target archery team.

He shot recurve for six years, but never at an elite level. While using a barebow to work on aspects of his technique, he discovered he liked the alternate bowstyle – which is not popular for competition in Colombia – and stuck with it.

It’s turning out to be a good choice.

The list of barebow archers entered into the upcoming Pan American Championships is not long. But all shooting lines at all events are shortened at the moment as the world continues to deal with the COVID-19 pandemic.

Quintero will shoot against archers from Argentina, Mexico and Uruguay next week for the first continental barebow title.

“It’s a success for barebow to be included on the programme,” said World Archery Americas secretary general Sergio Font, who highlighted how popular the style was during the remote events held worldwide and across the continent over the past year.

“It’s a discipline that requires a lot of expertise," he continued. "The archer has to be capable of aiming without a sight at 50 metres, and that’s a real challenge.”

The rules for barebow archers in international competition mimic those of recurve archers.

But athletes shoot their 72-arrow ranking round and head-to-head matches over a distance of 50 metres, rather than 70 metres, while still using the standard competition face measuring 122 centimetres in diameter.

Competition at the 2021 Pan American Championships begins on Tuesday in Monterrey, Mexico. 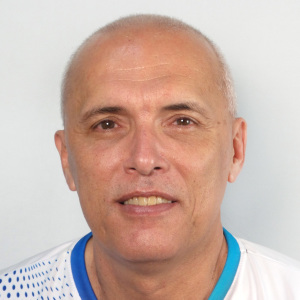