Anton Ziapaev made his Paralympic debut in Tokyo.

He seeded eighth in qualification with a score of 612 points – and then lost a challenging first-round clash with Turkey’s Vedat Aksoy, who was just able to settle better in the arena.

Ziapev’s appearance in Tokyo is the culmination of 10 years of training, which started one year after the traumatic moment on the street in Saint Petersburg in March 2010 that sent him on this path.

What was supposed to be a walk like many others may have been his last ever.

An icicle fell from high and hit him in the neck – and he’s used a wheelchair ever since.

“I was just going on the street with my daughter when it fell from one of the buildings,” he said. The icicles didn’t harm the girl, luckily. “She was fine, she was next to me.”

“When I woke up on the street, I understood immediately what happened. I saw people surrounding me, and an ambulance that drove me to the hospital. Then, I lost again lost my consciousness and woke up another time in hospital,” he recounted.

An active man with a lovely family found himself in an unforeseen position. He wasn’t an athlete but enjoyed various activities.

“I was involved in cross country skiing. I did it for years, I taught children how to do that. I graduated from university, started a family, had three kids, worked and then this accident happened,” he said.

Anton quickly tried his hand at some new sports.

“I did wheelchair curling but I understood soon it was really difficult to make the Olympic team for Sochi 2014. And I took up para archery in 2011,” he said.

It happened, like other things in his life, by coincidence. An archery coach visited his hometown of Yekaterinburg.

“They told impaired people to come and try. So I went and tried. I really liked it,” he said.

So he started shooting. He found a new passion. A father, a photographer, a video editor and also an archer. As a world record holder and a bronze medalist at the World Archery Para Championships in 2017, he was also considered one of the contenders to medal here in Tokyo.

“They told my family I would never sit in the wheelchair, I would just lay and sleep. And today I’m here,” he said. 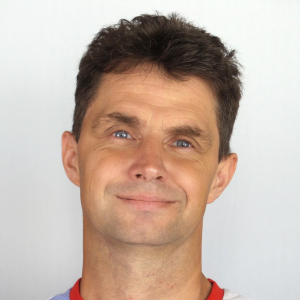