South African archer Philip Coates-Palgrave is learning to control his nerves as he competes against the world’s best at Tokyo 2020.

The 50-year-old appreciates the value of calmness in stressful situations more than most. It helped save his life when he was attacked by a hippopotamus.

Coates-Palgrave admitted he feels the tension in Yumenoshima Park, especially as a Paralympic Games debutant.

“It’s a mix of emotions obviously because of the magnitude of this event and how lucky we are to be here,” he said. “At the same time, there is this fear that gets me because, at the end of the day, this is a hard competition. I’m constantly working on the emotions and to remain calm.”

Coates-Palgrave was working as a canoe guide in Zimbabwe in 1995 when a hippo, coming up for air, collided with his boat on the Zambezi river.

The startled animal attacked immediately and Coates-Palgrave was seized by his left leg while attempting to protect the tourists he was leading. He recounted how he resisted the urge to panic as he was dragged into the depths and mauled during a three-minute onslaught.

“When you go down, it is like being in a huge washing machine. You got to give yourself and trust that you will go to the surface at some point,” he said.

“[It was a] power of a nature that you have got no chance of fighting… The longer you can save your breath, it helps you to relax every single muscle in your body. He thought he was killing me, and then let me go.”

Philip faced an agonising 25-hour trip to the hospital and underwent months of surgery before having his left leg amputated.

He discovered archery in 2016 when, following an impulse to take up a sport, he was advised to contact Rio 2016 Paralympian Shaun Anderson, who agreed to become his coach.

“I have never been a sportsman, even when I had two legs. I was just lazy and useless,” said Philip. “Then one day, I said that it was enough, and five years ago I decided that I wanted to go to the Paralympics.”

A relative newcomer to elite competition, Coates-Palgrave is relishing the opportunity to test himself against a field that includes seven medallists at past Games.

“We’re all at the same level in terms of bow and arrow and targets, but they’re way more experienced,” he said.

Having seeded 36th with a score of 646 points during Friday’s compound men’s qualification round in Yumeonshima Park, Coates-Palgrave faced Andrey De Castro of Brazil in the first round, shooting 142 to take a seven-point victory.

“I’m still shaking! According to my ranking round, I didn’t expect this,” he said afterwards.

“At some point, I managed to get all the chaos out of my head and did like I normally do. I was shaking and I still seemed to be putting it in the 10.”

Philip’s first Paralympics would finish with a second-round loss to Iran’s Alisina Manshaezade.

“I lost my head a little bit. But some doubt must have crept in somewhere. Or maybe it just got hotter,” he said.

It’s 17th place in the compound men’s open competition for this new Paralympian.

“What a fantastic experience! Really! The best of my life, sporting-wise. Just unreal. I’m so happy and proud of the Japanese people for pulling off, in time like this. It’s absolutely impressive,” said Philip. 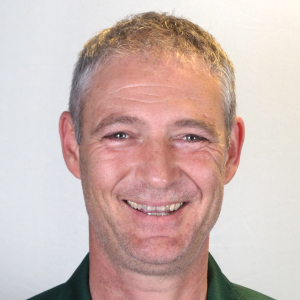