Top 3: Archers at the third stage of the 2021 Hyundai Archery World Cup

It was a busy – and high-pressure – period for archers from all over the world who arrived in Paris.

Some of them fought for the last remaining quota places for the Tokyo 2020 Olympic Games at the final qualifier. And as soon as those spots were awarded, the third stage of Hyundai Archery World Cup was on the agenda.

Deepika Kumari astonished her opponents and spectators in the recurve competition as she scooped the pool, winning all the events she participated in. With such a stunning performance, she earned a place on our list.

Colombian compound Sara Lopez returned to form in the French capital, proving she’s recovered from the early-season target panic that was sinking her results.

Of course, as almost always, Brady Ellison was considered. He’s now won back-to-back stages of the Hyundai Archery World Cup in Lausanne and Paris. But ultimately, he didn’t quite make the top-three cut…

Who are they? Recurve woman from Greece.

Where did they finish? Qualified for her sixth Olympic Games in a row.

Why are they on this list? Sydney 2000, Athens 2004, Beijing 2008, London 2012, Rio 2016 and now Tokyo 2020. Psarra will move to tied with just a couple of other archers who have participated in six Olympic Games, matching them when the first arrows are shot in Yumeonshima Park in Tokyo.

And she will also become the first-ever athlete from Greece to compete in more than five Games.

It wasn’t new for Psarra to secure a quota literally at the last minute. It’s happened before and she knew what to expect in Paris. She said she’ll never get used to cutting it so fine – and the relief was obvious, alongside the joy, that she did bag the ticket for Tokyo.

Who are they? Compound woman from Colombia.

Where did they finish? Two gold medals and a ticket to yet another Hyundai Archery World Cup Final.

Why are they on this list? After reaching the final four alongside teammate Alejandra Usquiano, Sara said she wouldn’t be upset if another Colombian made it to the Hyundai Archery World Cup Final in her stead. Why? Recovering from target panic and returning to the elite level she’s accustomed is victory enough this season.

When the stakes are high, more than anyone else, Lopez tends to deliver. On Saturday she didn’t disappoint, first winning gold with the team – and then delivering probably the performance of the year to take the individual title in Paris, too. It’s a direct spot in Yankton, where Sara could win a record sixth Hyundai Archery World Cup Champion crown.

Where did they finish? Three golds in one day and a second stage win on the year.

Why are they on this list? Deepika, usually so shy, joked she didn’t want any more winner’s interviews. In the end, she had to do three. She won everything she could on Sunday – the team final, the mixed team final and the individual final. And each was special.

Individual gold, her second of the season after Guatemala, has secured Kumari the number one spot in the world rankings, while the mixed team title is her first win paired with her husband, Atanu Das.

There’s no doubt that Deepika was the star in Paris.

It was a huge performance – and should give her a phenomenal boost in confidence ahead of the Olympic Games in Tokyo. 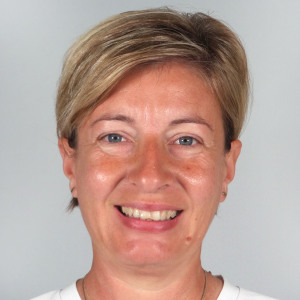