The Colombian women, Danish men and a mixed pair from Russia won the compound team titles on Saturday morning at the third stage of the 2021 Hyundai Archery World Cup in Paris, France.

Sara Lopez, Alejandra Usquiano and Nora Valdez began an eventful day for Colombia by defeating Great Britain, 236-233, in a commanding display that affirmed the trio’s status as some of the best compound women teams in the world. Usquiano then partnered with Daniel Munoz to come within a point of winning the mixed team title, too. The duo eventually fell to Russia’s Elizaveta Knyazeva and Anton Bulaev.

“The objective is always to see the Colombian flag,” said Lopez, who appeared particularly joyful, shooting as the anchor during her team’s gold medal performance. “We are all helping each other today. It was a good start.”

Two of the Colombians will also shoot in the individual final four in Paris. Unable to attend stage two of the international circuit, Lopez and Usqiano will shoot for the chance to send a second Colombian to the Hyundai Archery World Cup Final after Valdez already earned an automatic bid with her victory at the first stage of the season in Guatemala City.

Should Alejandra win individual gold, she will go to Yankton in September. Otherwise, it will be five-time Hyundai Archery World Cup Champion Sara on the roster

It figures to be an intriguing battle between the teammates turned opponents, if their match against Great Britain is any indication. Colombia opened with a perfect 60 in its first end and only saw its lead grow as the match progressed, receiving solid contributions from all three members of the team amid some difficult winds.

"The weather is helping us, somehow, because we are used to it,” said Lopez, the reigning circuit champion. “It’s all good.”

Denmark outlasted the United States in the compound men’s team final, winning in a tiebreak after relinquishing an early lead.

Mathias Fullerton, Martin Damsbo and Stephan Hansen kept their cool after falling behind in the third end, when James Lutz, Kris Schaff and Braden Gellenthien shot a perfect 60 to gain a one-point lead to start the final series.

Gellenthien had a chance to win the match in regulation with his final arrow but hadn’t looked comfortable during the back half of the clash. He shot a nine, stared at the big screen in-venue uncomfortably and walked back to his teammates as the scoreboard showed a tied result, 236-236, and an imminent shoot-off. The USA appeared well-positioned after Schaff hit the middle with his first arrow – but Denmark remained calm, taking advantage of another States wobble and shooting a 29 with two Xs to win.

“We were just doing our game and just dropping a couple of points here and there. Just archery, nothing really special,” said Hansen, who ended the match when his final arrow landed in the X. “And they were shooting super well, too.”

“It’s such small things that change the game, and then into a shoot-off. Everybody can win in a shoot-off, so it’s really cool.”

Russia never shot worse than 39 for a four-arrow end in its mixed team victory over Colombia to take the title here in Paris. Usquiano, fresh off her team gold, shot a nine with her first arrow as she and Munoz found themselves in a deficit the rest of the way.

Knyazeva and Bulaev, who will also shoot in the individual final four later today, took the lead and ran away with it, taking victory, 157-156.

Competition continues in Paris with the compound final fours on Saturday afternoon. 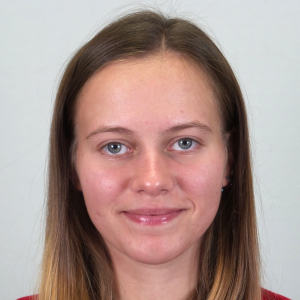