Crispin Duenas delivered a 10 with his last arrow of his recurve men’s final with Marcus D’Almeida to tie the fifth set and take the match – and individual gold – at the 2019 Pan American Games in Lima, Peru.

“I’m just so happy,” said Duenas, unable to hold back the tears in the mixed zone. “It’s years of hard work… everything, just everything.”

The 33-year-old stood back, staring downrange and waiting for the victory signal from the judge at the target before letting out an almighty roar. It was clear just how much this win meant to Duenas.

Duenas, a highly ranked archer on the international circuit for a long time, had never won a major outdoor event before. He had bronze and silver medals on the Hyundai Archery World Cup circuit and a third-place finish from the worlds in 2013 on his record.

The gold in Lima was a long time coming.

This is the first time any Canadian archer has won a gold medal in the matchplay events at the Pan American Games. Two were won when medals were awarded to high-scorers on portions of the ranking round at the events held in 1983, 1991 and 1995.

Crispin was not the only Canadian archer on the recurve men’s podium in Lima. His teammate Eric Peters beat Bernardo Oliveira, 7-1, to take bronze.

“It’s nice shooting 30 to close things,” said Eric, who had lost his semifinal match to Duenas. “It’s hard to shoot against your teammates but I’m happy he’s gone for gold and I guarantee he’s happy for me for getting bronze here, shooting as well as I did.”

One quota place for the Tokyo 2020 Olympic Games was originally available in the recurve men’s individual competition in Lima.

But because the USA won gold in the mixed team event – and Brady Ellison having already qualified a place as world champion – a second spot was added. With only Brazilian and Canadian athletes in the final four, it was decided prior to the finals that these two nations would receive the quota places. 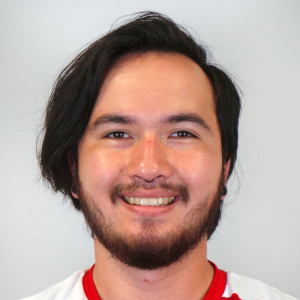