Although modern archery has been around in Iceland since 1979, there were only about 10 registered archers in the country until 2012. Fast-forward just over three years, and that number is up to 500. And that’s not a bad amount, considering the entire population of Iceland is only just over 300,000.

“In Iceland we have bow ownership laws,” Gudmundur explains. “So you can’t actually own a bow unless you’re part of a club. Before I started, there was only one club and they weren’t very open to new members. It was pretty hard to shoot a bow.”

“I tried the sport through a friend and it was probably the most fun I ever had.”

Gudmundur and some friends opened an archery range in 2012, initially just so that they had somewhere to shoot and then to provide a venue for anyone who wanted to try the sport.

It hasn’t always been an easy road, as the challenge within Iceland is changing people’s perceptions of archery. After all, to most people in the island nation it’s never been associated with Olympic sport.

“There used to be so few people doing archery, then it grew really fast so people were suddenly scared as there were many bows coming into the country,” explains Gudmundur. “There was a kind of fear. We’ve managed to make archery accepted, our federation registered with the National Olympic Committee and increase participation.”

Any member of the general public can now try the sport at his indoor facility, and archery is becoming more accessible as an activity. The next challenge is securing a permanent outdoor range.

“It’s maybe only half the year that we can actually shoot outdoors. The rest of the year it’s snowing. Given that, I think it’s strange that people still prefer it,” he says.

As well as shooting, Gudmundur is coach, equipment specialist and performance advisor for the growing archery community in Iceland. He recognises the limitations that it puts on his own availability for practice, but understands the commitment is necessary if the level of the archers there is to grow.

“If I want to compete in the team competition in the future, then I have to be able to train people that are good enough to actually become competitors,” he says.

Gudmundur shoots with a recurve, compound, longbow and traditional bows. He also travelled to the World Archery Indoor Championships in Ankara at the end of February 2016, with teammate Astrid Daxbock, to compete in the recurve men’s competition.

“Attending world championships and gaining experience internationally is very important for us because we can learn a lot,” says Gudmundur, explaining that being in an environment with top archers where he can ask questions and gather knowledge to take back to Iceland is invaluable.

Icelandic archers have competed on the Indoor Archery World Cup circuit and Gudmundur – shooting compound – Astrid and nine of their compatriots went to the World Archery Championships in 2015.

Although none of them made it past the first round at the worlds in Copenhagen, Gudmundur hopes that it won’t be long before Iceland collects a medal at a major event.

“Right now I’m only focused on getting as many people as possible to enjoy archery because if you have 100,000 people that love archery and shoot all day long, a lot of great elite archers might come out of that,” he says. “We only need 12. So if we have 12 awesome archers, we could beat everyone.” 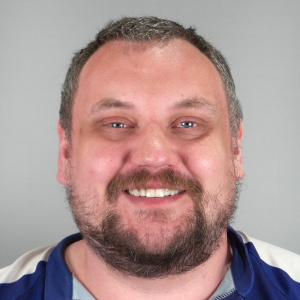 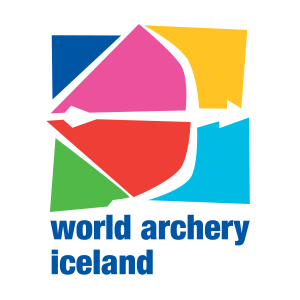