“It has not been a short time,” said 2011 World Champion Kim Woojin, when asked how it feels to return to the world championship gold medal match four years since he won his first title.

“I’ve been training hard for four years for these championships, and the Olympics, too.”

Oh went on to win his Olympic title at London 2012, a Korean team the world champion did not make – but Kim Woojin returned to the competition field after the Games, at the 2012 Archery World Cup Final in Tokyo, to take another major title.

To win on recurve Sunday in Copenhagen, Woojin said, would be fantastic. Especially since his path to the final was not easy.

Seeded just 15th – unfamiliar ground for the talented Korean – Kim Woojin was taken to a shoot-off by Kazakhstan’s Oibek Saidiyev in the first round. Sadiyev was seeded just 98th and at one point in the match, Woojin was 4-0 down.

In the tiebreaker, both shot a nine but the Korean’s was clearly closer.

The second round was a 7-3 win, the third and fourth both 6-0 – but Kim’s last two matches of the day went the full five sets.

“The wind was strong and because of that I was more nervous that I usually am,” explained Woojin.

“I made the situation and it got worse as the matches progressed. It was hard but I just tried to control myself and, thankfully, it worked.”

“The toughest match was against Brady in the quarterfinals. He is a good opponent and I made some mistakes, which scored worse on the target than I expected. That made it the hardest for me.”

Drawn at 4-all heading into the last set, Woojin was on the ropes when he put in an eight – but the USA’s Brady Ellison was unable to put the Korean away. Kim Woojin took the final set, 27 points to 25, and advanced to the semis.

Despite not shooting internationally since 2013, Elias Malave – an Olympian in 2012 for Venezuela – both won his country an Olympic quota place to Rio 2016 and gave Woojin a tough match. Kim dug deep and a crucial perfect 30 in the third set made the different: 6-4 and a ticket to the individual final.

His opponent on recurve Sunday in Copenhagen will be none other than the Netherland’s Rick van der Ven – who took centre stage on the live television show lane for his final three elimination matches.

The first was an all-Holland affair against Sjef van den Berg that required a shoot-off to separate the pair.

Combined, they shot just one set with a total lower than 28 points – a 27 – and were even throughout. Sjef shot his tiebreaker arrow first and it landed in the nine at three o’ clock. Rick shot second and his arrow landed in nearly an identical place.

It measured just a tiny bit closer to the centre.

“It was way too close,” said Rick. “I’ve lost the last couple of times I’ve shot against Sjef, at the nationals as well, so it makes it quite special to win here.”

His semifinal victory might have been even more special.

At the London 2012 Games, a younger Rick lost his semifinal to Japan’s Takaharu Furukawa, who went on to take silver. Rick finished fourth.

In Copenhagen, after squeezing past Brazil’s Marcus D’Almeida in the quarters, Rick exacted sweet revenge. Three short sets – 28, 30, 28 – and a straight-set win over Takaharu. 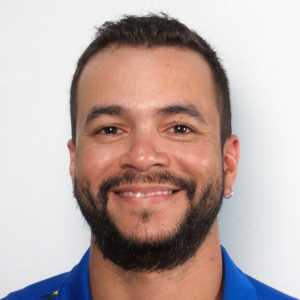