The six-time Paralympian Oscar DE PELLEGRIN was the flag bearer for the Italian delegation at the London Paralympic Games Opening Ceremony. A multiple Paralympic and world championship medallist, DE PELLEGRIN put a perfect end to his career this week by winning the only title that eluded him: the individual Paralympic gold.

Competing in the recurve men W1/W2 class, he faced the best archer of qualifications TSENG Hung Lui (TPE) in the semifinal and shot a 10 to secure the victory in the fifth set. In the gold medal match, which was shot in front of thousands of spectators, the Italian led Hasilin SANAWI 4-0. However the Malaysian archer brought the match to an exciting 4-4 tie. The athletes then matched each other shot-for-shot to score 28 each, resulting in a one-arrow shoot-off for paralympic gold.

“The pressure was on”, said DE PELLEGRIN. “I used my experience to focus on the goal and to do everything to reach it.”

The Italian shot first and scored a 9, leaving SANAWI needing to shoot a perfect 10 to win. He shot and hit the 8, handing DE PELLEGRIN the gold in his final competition before retirement.

This gold was Oscar DE PELLEGRIN’s sixth Paralympic medal. He had won the team gold twelve years ago as well as four bronze medals – two in para-shooting in 1992 and 1996, and two in para-archery in 2000 and 2008. He only missed a medal at the 2004 Athens Paralympics, when he came in fourth individually.

“It has been a fantastic Paralympics for me”, said the 51-year-old Italian. “It has not been easy to come here and say it was my lasts Paralympics and to keep concentrated enough to win the gold. It's fantastic to end my career like this.”

“I want to thank everyone who has helped me throughout my career, including my friends and family, and my coach Renato DEMIN”, he added. “My family lived this success from afar as always, but they were in my heart.”

DE PELLEGRIN told the Italian Archery Federation (FITARCO) that “As I stood on the podium with Mario SCARZELLA in front of me, I saw the whole 25 years of my career in five minutes. So many flashes from years dedicated to the sport. This medal is the proper reward for all our struggles, for the defeats, for the effort we put into every workout. To receive this medal from President SCARZELLA was an honour. With him we lived so many beautiful pages of the sport and of our life.”

DE PELLEGRIN has an important message for the young disabled. “I dedicate this medal to my family and to all the young people who, after seeing me win today, will become involved in the sport. I hope that my victory will inspire all the young people that are staying home and that have not yet found the strength to go back to life. Sports is a means of social inclusion, an extraordinary force that everybody can take.” 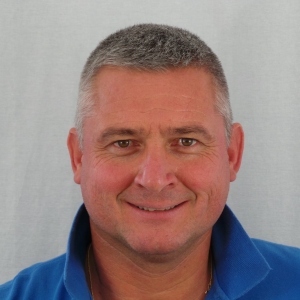