The last continental championships in Africa were held back in 2016 – but the event has finally returned to the international calendar this week, with 66 athletes from 16 nations competing at the 12th African Archery Championships at the University of Pretoria in South Africa.

Among them is Kenya’s Kuki Anwar, who – despite the long wait – arrived as the defending African champion.

Her ticket was issued alongside the continental gold she secured at the previous championships in Namibia.

Olympic qualification for Paris 2024 hasn’t begun just yet – but Anwar will shoot for the African title once again. She’ll face Côte d’Ivoire’s Anne-Marie Yedagne in the final on Wednesday afternoon.

“I’m not confident, but I’ll just pray and do my best,” said Anwar, who qualified as the top seed on Sunday.

“I wake up the day after an event and realise how far I got and I’m surprised. So I have to say I’m proud of myself.”

Anwar and her teammates will also shoot for recurve women’s team gold in Pretoria.

Roux is a Youth Olympian, having competed in Buenos Aires in 2018, and is shooting for the recurve men’s gold in his second senior event.

Competition concludes at the 2022 African Archery Championships with finals on Wednesday in Pretoria. 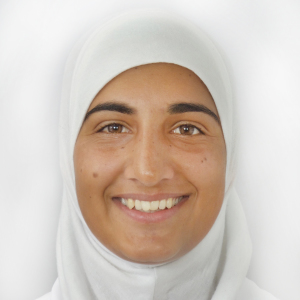