Juan Carlos Stevens, who has been a member of the Cuban national team for more than three decades, has officially announced his retirement from competitive action with the recurve.

“I am taking lots of great moments from my archery career and I made many friends all over the world,” said Stevens upon his retirement. “I am very pleased with the results I achieved for archery in my country and for my contribution to helping younger archers grow as we competed together nationally and internationally.”

The 53-year-old started archery in 1987 and made his debut for Cuba five years later in 1992. He went on to appear, and win, at numerous competitions across the world.

Stevens competed at three Olympic Games in 2000, 2008 and 2012, reaching the quarterfinals and finishing fifth at Beijing 2008.

“Retiring after so many years as an active archer makes me feel like there is something missing in my life, in my daily routine, but I will now embark on a more challenging task: teaching other archers what I learnt over the years,” he said.

“My most immediate involvement with archery will be coaching Cuban para archers as they prepare for the 2022 Parapan American Championships.”

Those archers will be working with an archer of boundless international experience. 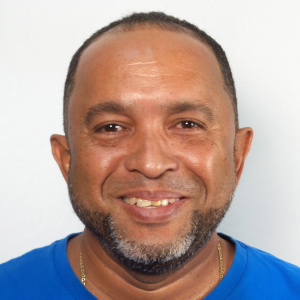