Final fours: Who will win on Korean soil in Gwangju?

The individual final fours are set at the second stage of this year’s Hyundai Archery World Cup, which comes to a conclusion over the weekend in Gwangju.

Ahead of the finals, former compound women’s world number one Nicky Hunt spoke to the recurve women’s winner at the season opener, Bryony Pitman, about who she thinks will top the podiums in Korea – before giving her own predictions.

(Pitman, who already has a ticket to the Hyundai Archery World Cup Final in October, didn’t travel to the event this week due to a positive COVID-19 test.)

“For the recurve women I would have to go with Choi Misun,” said Pitman, putting her weight behind a home nation win. “It’s been a few years since we’ve seen her on the international stage, but her results in the past… she’s an absolutely phenomenal archer.”

Hot hand Miguel Alvarino Garcia, who won in Antalya and is into his second straight final four on the tour, got the tip in the recurve men’s event.

“He’s not got that same pressure as well of having to win to make the final, it will be really awesome to see him perform again. He’s definitely had results in the past, but it’s still a tough competition, a tough final four and he will have to shoot well to win it,” said Bryony.

Read on for Nicky’s predictions.

The compound finals are scheduled for the afternoon on Saturday 21 May and the recurve will follow in the afternoon on Sunday 22 May. Both finals sessions start at 14h00 local time (that’s 11h00 UTC) and you can watch live worldwide.

Nicky says: “Jaatma getting that bronze in Antalya, she’s clearly in form and recently been out there on this stage so there’s a lot to be said for that. Plus, she is the only one from stage one to make the final fours again in stage two.”

“But a Korean on home soil? Will Kim actually make the gold here? It will be interesting to see. Kim is just that little bit older, 28, a former world champion from 2015 and we know she can do it, but she has never medalled on a world cup stage before, can she add one to her tally?”

“For Dafne at 20 years old and Andrea, at 19 years old, shooting in their debut World Cup, being that young and being able to come out and stick to your normal processes, there’s an almost advantage in that because you don’t have those bad experiences in the back of your mind that sometimes pop up later on in your career.”

"They’ve got nothing to lose… they just need to go out there, enjoy the experience, learn what you can from it and come back stronger.”

Nicky says: “It just doesn’t seem to be possible to beat Mike does it? He’s qualified as the top seed again, it’s just incredible. Gold in Antalya as well. He is certainly the one to beat.”

Nicky says: “The Koreans are just so dominant, aren’t they? I wouldn’t be surprised if we see an all-Korean final. Choi is just absolutely incredible, she has already won three World Cup Finals, so can she make it a fourth?”

“Potentially there is an advantage of shooting on home soil, just in terms of your normal food, your normal timings, I think it just gives you the edge.”

Nicky says: “Alvarino is consistent, he really is. He was in form back in 2015 and it seems so long ago but he came back and won in Antalya last month and has made the final fours again here. Let’s see what he can do.”

“Again, I wouldn’t be surprised with an all-Korean final, but there are two great contenders here. Rick van der Ven, a fantastic archer who was fourth at the London 2012 Olympic Games but just missed out on Tokyo 2020. He can certainly do it, he’s ready and is making his comeback. Rick and Miguel are two hungry archers to beat these Koreans.”

“It has an advantage shooting at home. Archery is a skill sport, it’s about concentration so if you’re jetlagged that’s really not going to help you. There’s certainly an advantage there. Even things like your normal food that you’re going to eat it’s quite different for other cultures, perhaps, coming to Korea, so that’s can unsettle you a little bit.”

“Their archers will probably have good home support as well. This sport is huge in Korea so we will probably see a stadium full of people and be given the home advantage.”

As well as looking at the line-ups for this weekend, Nicky took an early guess at which archers will lift the season trophies in October.

Nicky says: “She’s really broken through this year and already booked her ticket to Mexico. She went full time as an archer and decided not to go to university and I think she can go all the way.”

Nicky says: “She’s got a chance of winning here in Korea. She has already made two World Cup Finals as an individual, winning gold and a silver. Can she add to that in 2022?"

Nicky says: “He’s already won three (individual) World Cup Finals, can he make it a fourth? He’s got a good chance, but he’s got to book his ticket first.” 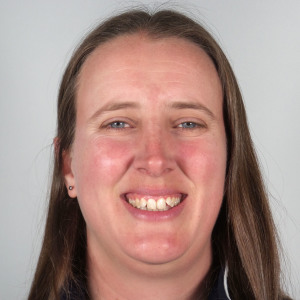