Ryan Tyack of Australia opened the season with a sensational second place in Antalya at the first stop of the 2022 Hyundai Archery World Cup. Although a former world indoor champion and an Olympic team medallist, it was Tyack’s first individual podium on the international tour.

Ahead of competition at stage two in Korea, the 30-year-old sees it as a step forward.

“It's good to have a good placing in the season already but trying to continue what I was working on and see if I can shoot well here,” he said.

The silver medal won in Antalya did not come as a surprise for the Australian. He seeded fifth and defeated the Olympic Champion, Mete Gazoz, in the semifinals.

“My shooting through the ranking round and the matches was about where I was expecting,” he said in his traditionally casual tone. “So the fact that I finished in a high position at the end of the results table was fine.”

Tyack arrives in Gwangju as more of an individual contender than ever before – but his attitude remains unchanged.

“The plan is more not about where I finish at the end of the week but how I shoot comparing to my own standard,” said Tyack.

“If I shoot not as bad or even better than in Turkey, I will be happy.”

It has been 15 years since the Hyundai Archery World Cup last visited Korea. In 2007, a stage was held in Ulsan. Ryan was not at that event – but he has had the opportunity to train here before.

“It's a great place with great facilities. The first time I came to Korea was in 2005 so it was a long time ago. It’s good to come back,” he said. “I’ve been about eight times to Korea already since we had training programmes. It’s not an unfamiliar place for me.”

A direct 11-hour flight – unusual for the Australian team – brought them here some days ago for early practice at the Gwangju International Archery Centre, the facility that will host the qualification and matchplay phases of this event. It was built seven years ago for the Universiade and is dedicated to Ki Bo Bae, the London 2012 Olympic Champion who currently shoots for this city’s pro team.

“We came a week earlier and trained in Gwangju. It’s good to have some more shooting,” said Tyack. “And the added bonus is when you’re in a training camp, you don’t have time to work or do other bits.”

Ryan will hope that added time on the line pays off as he looks to build on his early-season points finish from Antalya. Only stage winners get automatic tickets to the Hyundai Archery World Cup Final – so, unless he picks up an individual gold in 2022, Tyack will hope his focus consistent performances deliver consistent results and he accrues enough points to be a ranking qualifier.

Competition in Gwangju starts with compound qualifying on Tuesday. Recurve archers, including Tyack, return to the field for their qualification after lunch on Wednesday. 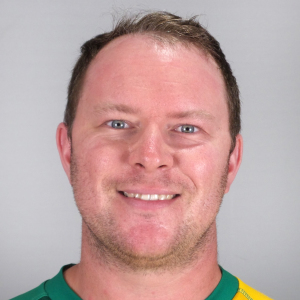