“I’m definitely looking forward to this season. It’s been such a long time.”

Chinese Taipei coach Lin Chen-Hsien was happy his squad is now attending international events once again after a hiatus forced by the global pandemic.

The team was not permitted to travel to tournaments due to ongoing restrictions – with the exception of the Tokyo 2020 Olympic Games – and their last Hyundai Archery World Cup appearance came at the end of 2019.

Now, three years later, Lin’s team was back in action on the circuit at the first stage of the 2022 Hyundai Archery World Cup in Antalya, Turkey.

And the break does not seem to have affected the renowned quality of the team on the world platform. They were on-site with a strong team of 23 archers and coaches – the second biggest in Antalya behind the host nation – in good spirits and full of the renowned class that has made them feared opponents.

Among the line-up was Tang Chih-Chun, who won recurve men’s team silver at Tokyo 2020 alongside teammates Deng Yu-Cheng and Wei Chun-Hung, but finished a heart-breaking fourth in the individual event.

And with the rest of the Chinese Taipei squad in Japan failing to finish inside the top 10, the overall performance was considered disappointing.

The lack of international competition in the lead-up to the Games was an issue, according to coach Lin.

“We didn’t have a very great performance in the Olympics because of the lack of international games and because of that there was no chance to compete with the opponents from other countries,” he said. “We couldn’t improve our strength.”

That mistake, it seems, will not be repeated ahead of the also-important Asian Games, scheduled to take place in Hangzhou in September this year.

In Antalya, coach Lin’s squad has shown strong performances both individually and collectively.

Chinese Taipei dominated recurve qualifying with Tang (674) and Peng Chia-Mao (661) topping the men’s and women’s leaderboards, respectively, but Tang was just happy to be back on the scene with his teammates.

“My attitude is the same as before, just follow my team members to do my best at the tournament,” he said. “The most important thing is the team cooperation and team spirit. That’s our biggest strength.”

That spirit showed as, though Tang lost the second of back-to-back shoot-offs in his opening matches to make an early exit himself, his recurve men’s team cruised through the bracket, converting its number one seeding into the country’s first gold medal of the young season.

Chinese Taipei experienced success in the recurve women’s team event, securing bronze after a shoot-off against Italy after losing an agonising tiebreak to Great Britain in the semifinals.

It was a tough experience for the side but that much-needed competitive experience will be key moving forward.

“Shoot-offs don’t happen that frequently in international competition, so we are kind of happy to have these types of experiences that we can learn from,” said recurve women’s team member Lei Chien-Ying. The group actually had three tiebreaks in a row, starting with a last-eight win over Poland before the loss to the Brits.

“We can learn from these for future events and take it into the next competition,” she added. “We haven’t been at international tournaments for a long time, so we need some time to adjust, get used to the field and feel the level of the international competitions again.”

Securing medals on the Hyundai Archery World Cup circuit is a good sign for the returning squad, but the focus remains very much on improvement… for now.

“The most important thing is to improve and learn many things from this competition,” revealed Lin. “We are very delighted to have these competitions again, but we will look to produce this type of performance in the future.”

It’s safe to assume exactly which ‘future’ the Taipei coach is talking about. 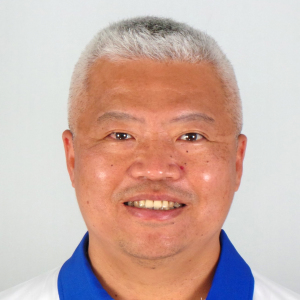 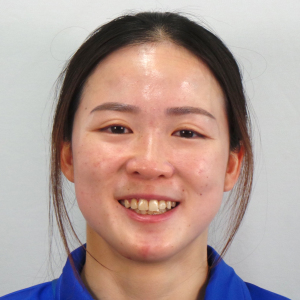