India’s Pooja Jatyan: “My life would be incomplete without archery”

In a revealing feature for the Paralympic Committee of India, recurve archer Pooja Jatyan has reflected on winning the individual silver medal at the 2022 World Archery Para Championships in Dubai – the first-ever individual medal for India in the history of the event.

The 24-year-old, who is originally from Gurugram in northern India, close to New Delhi, and now residing in Rohtak, discusses a range of topics including revealing a fascinating insight into starting the sport in 2011, taking a break after marriage and her return to the sport in 2018.

In Dubai, Jatyan led the final early on against Italy’s Vincenza Petrilli, but the Tokyo 2020 silver medallist came back to win in five sets, 7-3, with the victory confirming a clean sweep for the European of all three recurve gold medals on offer in the United Arab Emirates in the doubles, mixed team and individual events.

Pooja’s silver, meanwhile, marks the latest in a line of remarkable successes for Indian archers on the world stage.

It was only last year that Harvinder Singh took India’s first Paralympic archery medal when he won individual bronze at Tokyo 2020.

Jatyan’s first taste of elite archery came in 2011 when she competed in tournaments against able-bodied athletes in India.

“I didn’t know about para archery then,” said Jatyan, who has a young daughter. “I took part in able-bodied competitions, including the [Indian] nationals and even won medals there.”

“I had to take a break from it after I got married [and] I tried many things – studies, business – but archery [was] above everything. [It was] something I [could not] leave behind so I decided to return to the sport and follow my dream.”

That was in 2018 and after losing medals “by narrow margins” she concentrated on working hard to reach the next level. Despite over a decade since that first step into competition, Jatyan has just a trio of major events to her name, Dubai being her second appearance at the World Archery Para Championships following a 17th-place finish at ’s-Hertogenbosch 2019.

Her first big result was a ninth place at the 2018 Asian Para Games in Indonesia, where she was inspired by Harvinder Singh winning gold.

That hard work has paid off, although, of course, Jatyan wants to go one step higher on the podium next time.

However, she has bigger plans for her career: to inspire more women in India to take up the sport.

The country has just three female para archers on the international circuit currently: Pooja Jatyan, her recurve namesake, Pooja (Khanna) – the first-ever female archer from India to appear at a Paralympic Games – and Jyoti Baliyan, the sole female Indian archer at the Tokyo 2020 Paralympic Games.

All three competed in Dubai, with Baliyan finishing 17th in the compound women’s event and Khanna finishing ninth after losing to Jatyan in the elimination rounds.

“I hope we have more women in our team in the coming time,” says Jatyan, who revealed the support from her husband and mother-in-law was crucial in restarting and getting to the top.

“Medals like this one will inspire many more women.”

Read the full feature on the Indian Paralympic Committee website. 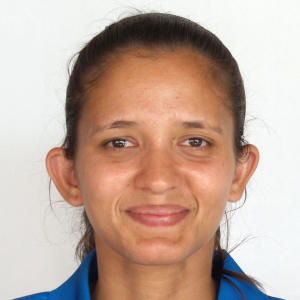