Joan McDonald, a former international archer and coach of the Canadian national team for more than three decades, died on Wednesday 22 December aged 78.

She was suffering from cancer.

Joan competed at several world championships and won an individual bronze medal at the 1979 Pan American Games before transitioning into a career as a high-performance coach. She trained Canada’s international squad for many years, passing on her years of experience to athletes like multiple-Olympian Crispin Duenas, only stepping down as head coach in 2017.

World Archery secretary general Tom Dielen said: “I’ve lost count of the number of team managers meetings at which I had the pleasure to meet and talk with Joan. She was often on the jury of appeal at major tournaments and staunchly defended the interest of archers.”

“A great athlete, coach and manager has passed but she will live on through the legacy she created in others. On behalf of World Archery and the community, I offer my deepest condolences.” 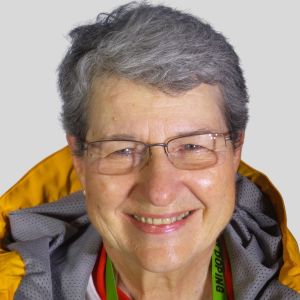