Three-time Olympian Simon Terry, who won two bronze medals representing Great Britain at Barcelona 1992, has died in his home at the age of 47.

Terry had been fighting an aggressive form of cancer.

Having started archery at the age of eight, Simon made his Games debut in 1992 where he became the first – and, to this date, only – British man to collect an individual medal at the Olympics by taking third place.

He stepped back from the sport for 13 years but made a comeback ahead of Beijing 2008 with the aim of competing at his home Games four years later.

Simon medalled multiple times on the Archery World Cup circuit from 2007 to 2010, winning the Antalya stage in 2009.

He went on to make the British Olympic team for London 2012, his third Olympics, which would also be his last international event. Simon retired from the sport once again soon afterwards.

Well-known as a kind, calm and thoughtful person, as well as an incredible archer, Simon was universally appreciated for his presence on the domestic and international shooting lines throughout a career that spanned four decades.

He is survived by his wife, former international archer Emma Terry. 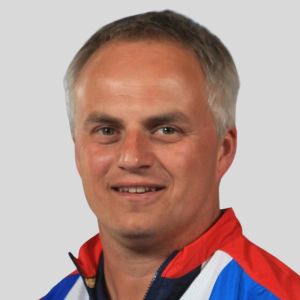