France collected bronzes in the recurve men’s, recurve women’s and compound men’s team events as the first medals were awarded on Friday morning at the third stage of the 2021 Hyundai Archery World Cup in Paris.

Thomas Chirault, Pierre Plihon and Jean-Charles Valladont made their second consecutive podium appearance in front of a home crowd at the Charlety Stadium arena by beating Malaysia in the recurve men’s team competition. The trio also took bronze – as well as the last men's team quota place for the Tokyo 2020 Olympic Games – at the final qualifier on this field last weekend.

“It’s a great pleasure, even if there weren't too many spectators because of COVID and so on,” Plihon said. “It’s been a while since we got a medal with this team. We have struggled all the season and managed to make it on the podium twice in a row. It helps to build confidence ahead of the Olympics.”

The experience could prove more valuable for France than the medal itself with the Games less than a month away.

The team trailed Malaysia’s Khairul Anuar Mohamad, Muhammad Akmal Nor Hasrin and Muhamad Zarif Syahiir Zolkepeli, 3-1, after two sets, but they showed the same resilience that has come to define their season to win back-to-back series and muster a 5-3 victory.

Tokyo-bound Lisa Barbelin led the French women to a bronze medal, too. The world number one combined with Audrey Adiceom and Angeline Cohendet to defeat Karyna Dziominskaya, Karyna Kazlouskaya and Hanna Marusava of Belarus, 5-3, rebounding from a loss to India in the semifinals.

It was a back-and-forth affair, with neither team gaining more than a two-point lead throughout the contest. Italy’s Marco Bruno, Sergio Pagni and Federico Pagnoni had a one-point advantage entering the fourth end but shot a 56 to give France, with a 59, a 232-230 victory.

“It was a really good match, but also a difficult one because of the wind,” Boulch said. “It feels good to get a bronze medal.”

Competition continues in Paris with the penultimate day of competition, compound finals, on Saturday. 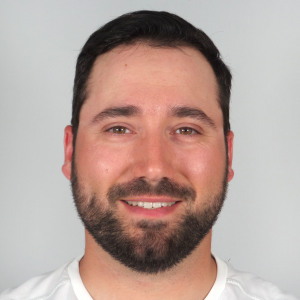