Ever since Korea opted to forgo this year’s Hyundai Archery World Cup circuit due to travel restrictions, we’ve been wondering what shape the team would be in when they arrive at the upcoming Olympics.

Would the usually dominant nation – archery’s most successful, having accrued a record-39 medals at the Games – be ready?

The answer is probably yes, but if the results from this week’s world-ranking event in Gwangju are anything to go by, we could see the biggest surge from the Korean youngsters.

It wasn’t veterans Kim Woojin – the top qualifier, having shot an Asian-record 697 on Tuesday – nor Kang Chae Young, who led the team’s trials last month, who emerged as winners.

Instead, it was 17-year-old Kim Je Deok and 22-year-old Jang Minhee, who will both be making their major senior debuts for Korea in July at the largest sporting event of all.

“I think I was lucky, and I feel good. I feel I’ve grown a lot an archer,” said Je Deok, who shot three 30s and dropped just two points in five sets to upset Kim Woojin in the Gwangju final. “Being confident was more important for me than winning. I shot more than 80% of the time with this idea. That’s why I am so happy.“

The young archer’s match level this week has been formidable.

Recurve women’s winner Minhee added that the event, although small and with only archers from three other nations – Bangladesh, Malaysia and Japan – joining Korea, would be the last real arena experience she’d get before the Games.

“I got a little nervous, as I had to compete in a new environment, which is different from our practice field,” she said, then looking forward to Tokyo. “I’m still working hard. I’ll continue to work harder.”

Minhee defeated fellow Tokyo-bound archer An San in five sets in the final, closing the match with a perfect 30.

Japan sent its Olympic team to the tournament for competition practice.

Korean head coach Park Chaesoon said he was very satisfied with the performance of his athletes and the focus would now be on maintaining their level in the remaining days until Tokyo.

“The results were so good that, if we keep this as it is, we will be able to achieve our goal when we go to Tokyo,” he added.

Korean athletes will register their first world-ranking points since very early 2019 from this event; however, due to the limited international attendance, the points will be limited.

Video from the finals will be available delayed on World Archery’s digital platforms. 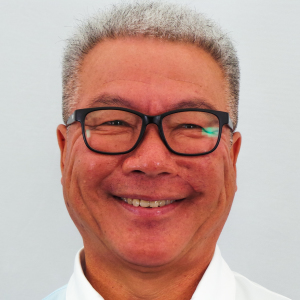