Denmark’s Tanja Gellenthien advanced to her third consecutive final of the season on Thursday at the 2021 European Championships in Antalya, Turkey.

The top seed at these championships defeated the Netherland’s Sanne de Laat in the semifinals with her best score of the day, dropping just one point over the 15-arrow match to win by five – closing with four consecutive perfect 30-point ends – and book her spot in the gold medal match in dominant fashion.

“Things are going really well. I feel really confident when I go out there, and I think that definitely helps,” Gellenthien said. “Especially today, in a tough wind like this, you have to be so confident when you actually want to shoot. If you hesitate even for a second and the wind hits differently, you’re going to be in trouble.”

This will be Gellenthien’s third final in three major events, having finished runner-up at the Hyundai Archery World Cup season opener in Guatemala City and then winning the second leg in Lausanne.

She will face second seed Ella Gibson in the compound women’s final on Saturday. It will be the first international title match of the British 20-year-old’s career.

“It’s special because we haven’t really had many competitions over the past year,” said Gibson, who fought back from an early deficit to defeat Belgium’s Sarah Prieels in the semis, 144-142. “It definitely tells you where you are in the position of the world and that your hard work has paid off.”

The morning’s elimination session in Antalya also saw the recurve men fight for a final berth.

Spain’s Pablo Acha and Galsan Bazarzhapov of Russia emerged from the crowd and will now contest the European title on Sunday afternoon.

Seventeenth-best qualifier Acha, a member of the Spanish duo that reached the recurve mixed team final yesterday, upset the top seed in the event, Steve Wijler of the Netherlands, in the fourth round, then beat Olympic silver medallist JC Valladont in the quarters and capped his run through the bracket with a comfortable victory over Florian Unruh of Germany to make the gold medal match.

“I’m really happy with the result,” Pablo said. “I’ve been focusing on my process and shooting with a purpose all year.”

The 24-year-old, who was the man that secured his country’s Olympic quota place at the European Games back in 2019, was the steely-nerved anchor for the team that won Spain’s first gold in the event on the Hyundai Archery World Cup circuit two months ago in Guatemala City.

Bazarzhapov, who won individual gold at the second European Grand Prix of 2021 in April, will look to win his second event this year in Antalya.

Competition continues in Antalya with the remaining elimination rounds on Thursday afternoon. 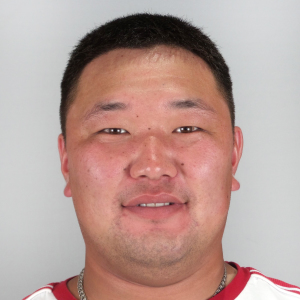