Top 3: Archers at the first stage of the 2021 Hyundai Archery World Cup

After an 18-month hiatus, the first stage of the 2021 Hyundai Archery World Cup in Guatemala City brought about a fantastic return for the international circuit.

As many prognosticated, it was not just veterans on the podium, but a mix of young and older athletes on the tour who took coveted titles, booked tickets to the circuit final and secured ranking points at the season opener.

World number one compound man Braden Gellenthien secured a ticket to what will be his eighth Hyundai World Cup Final, while the compound women’s title was claimed by an upcoming talent in Nora Valdez, who shot an incredible tiebreak arrow, almost dead-centre, to take gold.

The recurve competition, meanwhile, gave a glimpse of what we might expect in the final stages of Olympic qualification.

Here’s our (subjective) list of the most impressive performances in Guatemala City.

Who are they? Recurve man from Spain.

Where did they finish? Silver in his inaugural Hyundai Archery World Cup final four.

Why are they on this list? The pandemic affected every archer’s training and competition schedules. For some, it was beneficial. That’s the case for Daniel Castro, the 24-year-old from Spain who, after not making the Spanish team for 2020, had the chance to fight back for a place in 2021.

After seeding 13th with 666 points in qualification in Guatemala City, Castro beat archers from India, Colombia, the US Virgin Islands and the Netherlands to make his first final at an international event. He faced veteran Atanu Das for gold and lost in a five-set epic – but it’s the maturity and progression he showed that was most impressive. (Especially when paired with the Spanish men’s team win.)

Spain still needs to grab a team place for the Olympics. Things are looking good.

Who are they? Compound woman from Colombia.

Where did they finish? Gold, a first international title and a ticket to the 2021 Hyundai Archery World Cup Final.

Why are they on this list? This 23-year-old had previously taken medals in the team events on the Hyundai Archery World Cup. But winning with a team and winning alone are very different.

Guatemala City was her first big medal in the singles event – but since we saw her win at the Pan American Championships in Monterrey a few weeks ago, this result didn’t come as a surprise.

Nora has high goals for this season and has proved capable of achieving them. Just check out her tiebreak arrow in the gold medal match in Guatemala City.

Who are they? Recurve man and woman from India.

Where did they finish? Gold with invitations for the 2021 Hyundai Archery World Cup Final.

Why are they on this list? Married couple Das and Kumari both took gold medals in Guatemala City.

The team leaders and the most experienced archers on the Indian teams slated for Tokyo 2020, the pair qualified high, delivered in eliminations and – most importantly – continued to impress when they got to the finals arena.

India has already secured a full men’s team and a single women’s quota place for the Tokyo 2020 Olympic Games. This means they have a mixed team – needing one man and one woman. Deepika and Atanu – or DeeDas, as one journalist in India is trying to call them – are the story of the Games, if they can convert this early success into an Olympic pairs podium. 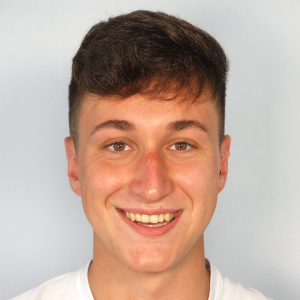