It’s been a long time coming, but the 15th season of the Hyundai Archery World Cup is finally upon us. Stage one starts on Monday in Guatemala City.

More than 150 archers from 25 countries are registered to compete.

Among that group are three of the reigning circuit champions – Brady Ellison, Sara Lopez and Mike Schloesser – and a host of talented archers from across the Americas, Europe and Asia.

This is an Olympic year. Much of the focus will be on the recurve categories this season as we lead up to Tokyo 2020. But, as always, the Hyundai Archery World Cup features a compound competition on equal footing – with increased prize money across the board for 2021.

Now that we’re back to competition, who’s going to shine?

Who knows! But we can’t wait to find out. Scroll down for five archers we’re watching in Guatemala and follow coverage of the first stage of the 2021 Hyundai Archery World Cup on World Archery’s digital platforms throughout the week.

What’s the story? The reigning under-18 world champion, Komalika is carving herself out a spot on the Indian senior team in a critical year.

The country has produced plenty of excellent recurve women – but none who have dethroned longtime superstar Deepika Kumari. Having one incredible archer is fantastic, but it’s when you have two that they both reach their potential.

Komalika isn’t that second yet, and she may never be. But there’s something promising about the talented 19-year-old.

What’s the goal? More than the fourth member of the Indian team.

Who are they? Compound man from Guatemala.

What’s the story? It seemed almost too good to be true: Guatemalan archer Julio Barillas making the semifinals at the Pan Ams last month in Monterrey, just a month out from the first major international to be held on his home soil.

He didn’t medal there – but the wind during those final matches was ridiculous.

Barillas impressed throughout the competition, seeding second of all the compound men with 704 for the 72-arrow, 50-metre ranking round, and shooting matches of 148 and 149 points before stepping into the tornado of a finals arena. Can he show that kind of standard next week?

What’s the goal? The final four in Guatemala.

Who are they? Compound woman from the USA.

What’s the story? It felt weird to write the line above, and it’s going to be just as strange to see Linda don a USA team uniform at an international event after more than a decade of success for Mexico. But she’s married, she’s moved – and she’s chosen to represent her new home country.

Archers must take a 12-month break to change nationalities. Linda skipped 2019, which was really unfortunate timing, since the international circuit was then cancelled in 2020.

So it’s been two years since we’ve seen the now-34-year-old compete. Her world ranking of 29 is misleading; we expect the same talent, same results and even a refreshed hunger for success.

What’s the goal? A medal at her debut event for her new team.

Who are they? Recurve archers from France.

What’s the story? We’re not even a month into the new season, and we're already going off-script with these lists. Lisa and Thomas are listed together because they‘re the future of the French recurve team, and that future could come as soon as this summer … if they win the quota places for Tokyo 2020.

The mixed team event will make its debut at this summer’s Olympics. This pair is not only talented enough to qualify for the Games, but to medal, as a duo, once they get there.

What’s the goal? A pairs podium.

Who are they? Recurve man from the USA.

What’s the story? It’s not creative, but it’s impossible not to include Brady on this list. Two years ago, he had the season of his – and pretty much everyone else’s – life, winning his fifth Hyundai Archery World Cup Final and the Hyundai World Archery Championships.

But it didn’t feel finished. It felt like the middle, with everything driving toward a big result at the Olympic Games.

The pandemic ruined that momentum. Brady’s got to get the ball rolling again. He’ll want to show up in Guatemala in the same form as he had 18 months ago. If he does, that will be mightily impressive.

What’s the goal? The win. 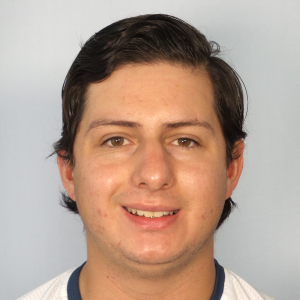