It was during a particularly tense moment in the qualification round of last year’s Antalya International Challenge when Goktug Ergin, the Turkish head coach, witnessed a group of archers sneaking glances at each other’s targets.

The inspections were confounding – the kind of oddity that has come to define competitions since the arrival of the COVID-19 pandemic – but for Goktug, the response was especially revealing.

While archers normally approach their targets with little regard for their neighbours’ arrows, the shift from four athletes per target to each athlete shooting at their own on account of social distancing meant they could easily track their opponents without deciphering a sea of arrows from a distance.

“When it’s only one archer per target, you can easily notice how many archers have a better group of arrows than you,” Ergin explained. “It is not a normal thing. Instead of focusing on how to shoot better the next time you’re at the line, this puts extra tension on the archers and distracts them from performing at their best.”

The archers in Antalya aren’t the only ones looking around for answers. Patience and flexibility have been demanded from each of the athletes, coaches, judges and event organisers tasked with adhering to pandemic-friendly restrictions as World Archery continues its pursuit of stable competitions in a volatile world.

Last month’s Sud de France – Nimes Archery Tournament was a continuation of that pursuit, focusing solely on the four main competition divisions, rather than the mass-participation celebration of the sport that normally features youth and master competitions, as well as a popular trade show.

Restrictions set in place meant only 111 archers – roughly 10% of the 1000-plus normally in attendance – could compete at the event, and prohibited the spectators who typically make Nimes one of the rowdiest finals arenas on the competition circuit.

With the restrictions on the number of archers allowed to compete at any one time, the increased space between each target and other social distancing regulations in place, the Parc des Expos – a venue that normally hums with the sound of spectators – was eerily muted.

“The pressure isn’t there how it’s supposed to be, and that can be really difficult to overcome,” said Mike Schloesser, who struggled in solitude during the qualification round in Nimes. “For me, I need the pressure of competition. It helps me be more active in my thought process when shooting. Sometimes when I’m practising, I lose focus and slip up with some of my arrows. But that never happens in competition.”

Exacerbating matters in Nimes was the removal of coaches from the competition area, leaving archers to fend for themselves on tasks that typically require assistance. The amount of variables that need to be accounted for, the athletes and coaches agreed, are too much for the archers to manage by themselves.

“The biggest thing is being alone. You’re there by yourself, and there’s no one around to help you,” Schloesser said. “It strains a lot of energy. A negative spiral starts, and there’s no way of stopping it.”

Already a solitary sport under normal conditions, the absence of coaches or fellow competitors within speaking distance to chat with required archers to expend even more energy to protect themselves from mental fatigue.

Many of the archers on the line hadn’t competed since last year’s event in the south of France. While organisers made efforts to simulate a competition atmosphere reminiscent of previous iterations, compensating for the absence of spectators by playing music throughout the tournament, there was no mistaking the tournament’s unique nature.

“If there wasn’t any music,” Croatian archer Amanda Mlinaric said, “it would have been absolutely silent.”

World Archery’s head of events, Thomas Aubert, was sympathetic to the plight of archers and coaches who have had to adapt to these unconventional conditions. The pandemic has been challenging for everyone, he said, as organisers strive to deliver the competitive atmosphere at the quality expected of its archers.

“Most of the athletes appreciated that they could compete again in some kind of real environment, so there weren’t too many complaints,” Aubert said. “But I don’t think that free pass will last much longer. If we carry on with the events like this, at some point, people will get tired of it as well.”

Dealing with a variety of international regulations hasn’t made organising any easier. Upcoming events in Guatemala, China, France and the United States means adapting to the different rules each respective country imposes.

In Nimes, the act of arriving at the tournament venue presented perhaps the most daunting challenges of all. Archers from 12 foreign countries travelled to the south of France to compete, passing through various checkpoints along the way that altered their routines and threatened to expose them to environments that would lead to a failed PCR test for COVID-19 upon registration.

These logistical hurdles have put shooting in a different light. There are so many variables to account for; actions that used to be simple are now sources of tension that build into mental battles on the shooting line.

“It’s physically noticeable,” Ergin said. “You can see it in their eyes. They’re scared – not of actually getting the virus, but of being unable to compete.”

It is that desire to compete that has made the current inconveniences worth tolerating. While far from ideal, international archers and coaches acknowledge that the restrictions are in place for their benefit.

“We will not try to be happy,” Ergin said. “We will try to be healthy. At the end of the day, it is health that is of the utmost importance.”

In the meantime, the archery community will do its best to adapt as the pandemic continues to stabilise. Nimes was initially planned to coincide with the third remote stage of this year’s innovative virtual circuit, but a two-week delay that was announced in late 2020 knocked the tournament out of sync with the monthly remote events.

Training programs and travel plans changed accordingly as the archers and coaches grow accustomed to their routines changing on the fly. It is a situation that is slowly becoming normal, if for no other reason than out of necessity.

“It took a while – maybe even too long – but I’m at a place now where I’m happy with how things are going and I can accept it,” Schloesser said. “That’s the big difference. We know it might be a while before things get completely back to normal, but I've made peace with it.” 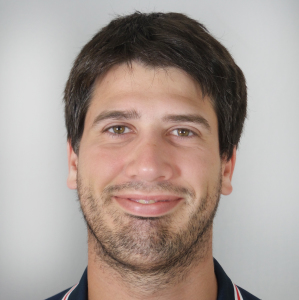