Remar, Mlinaric and the Schloessers seed top in Nimes

All four top scorers from Friday’s qualification session held on to the number one seeds after Saturday’s ranking round concluded at the Sud de France – Nimes Archery Tournament.

Steve Wijler came closest to upsetting the status quo, matching Alen Remar and Pierre Plihon’s result of 590 points for the 60-arrow, 18-metre round at the head of the recurve men’s leaderboard. Remar took the top seed, while Plihon placed second and Wijler third after a coin toss.

Despite the luxury of knowing who was in front of him, Wijler dropped a nine in the last end. Three 10s would have given him the lead outright.

“The performance is good; 590 is one of my best scores, but not the top one,” Plihon said Friday. “Nimes is just in between the national trials for outdoor, so the goal today was to have fun and enjoy competing with other archers.“

Gaby Schloesser ranked first in the recurve women‘s event with 581, followed by Olympic silver medallist Lisa Unruh on 580 and Slovenia’s Ana Umer on 575.

Mike Schloesser’s 597 was good enough to fend off charges from fellow compound men Adrien Gontier and Martin Damsbo, who both finished their rounds one point behind. Jean Philippe Boulch, who won the third remote stage of the Indoor Archery World Series, shot 595.

“It‘s been a really long … almost one year with no competitions. It’s a weird situation, weird period all around the world,” said Peineau. “But I’ve felt super, super, super happy to leave home at 4:30 on Thursday morning to come here. Even if it’s a smaller competition because of the restrictions, I’m really happy to be here.”

Defending champion Lisell Jaatma of Estonia and Tanja Jensen, who lost to Jaatma in last year’s final, tied on 586 points and took the second and third seeds, respectively, after a coin toss.

Competition in Nimes continues with the elimination matches on Saturday afternoon and running into Sunday morning.

The bronze and gold medal matches start at 13h30 CET on Sunday and will be streamed live across World Archery’s digital platforms in English and broadcast domestically via Sport en France. 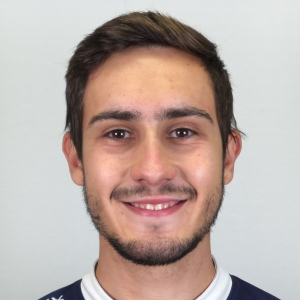