Paralympian Jane Karla Gogel was one of the nearly 2000 archers who competed in the inaugural online stage of the Indoor Archery World Series in November.

The 45-year-old Brazilian archer finished third with 589 out of a possible 600, just one point behind Sarah Prieels of Belgium and Marcella Tonioli of Italy, who tied for first with 590.

Gogel’s score was also the best shot among archers from the Americas – the continent from which she hails but, since recently, where she no longer resides.

During a tumultuous year affected by the COVID-19 pandemic, it is in Portugal that she has made her new home.

“In Brazil, we don’t really have an indoor season,” said Gogel. “We shoot some 18-metre events during the year, but even those are often outdoors because we can practise and compete outside all year long. Ever since living in Europe, I’ve been shooting indoor events, and I’m starting to really love it.”

Gogel and her husband, Joachim moved to Portugal in 2018 to be closer to the majority of international para tournaments, which are held in Europe. She wanted to take another step in her progression as an international athlete.

Language and location made Portugal the perfect choice.

During the pandemic, Gogel went from shooting fewer than 10 metres in her living room to up to 90 metres in her new house. She never lost sight of her goals.

“I now have my own shooting range,” she said. “I also have everything I need for my physical preparation. I’m really independent and can train despite any lockdowns or restrictions.”

Discipline is key for Gogel, who has practised archery for 10 years – having already had a successful career as a para table tennis player – and became Brazil’s first Para Pan American Games Champion at Toronto 2015.

Despite a lack of events this year, she is still teasing her own limits about what keeps her going. A podium and a personal best in the current Indoor Archery World Series suggest she's on the right path.

“Training and getting good results motivates me. I know that I can shoot even better,” she said.

“I prepared in my own range, and it went really well. It was a new personal best in competition, and it was great to compete in a serious event against so many great archers, even if it was different this time.”

This year’s Indoor Archery World Series has felt different, said Gogel – though not necessarily easier or more difficult. She said that archery’s internal mental game is so complex that having a competitor nearby on the line is not what makes the difference in competition.

As the season continues, the Brazilian archer has already registered for the competition’s second stage in December. She expects to do the same for the third and fourth legs as well.

In fact, Gogel is already thinking about next year. She has her eye on the delayed Tokyo 2020 Paralympic Games, for which she already secured Brazil a quota place.

“My goal is to shoot well at the Paralympic Games,” she said. “And I dream of winning a medal.” 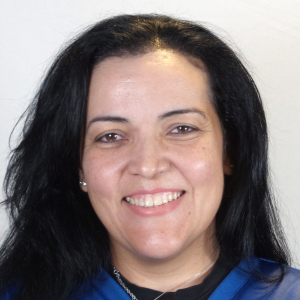 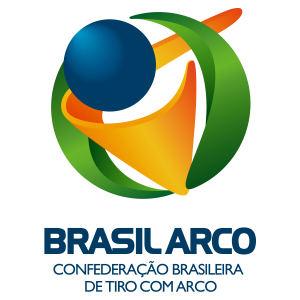