The appointments were approved by executive board postal vote earlier in the summer.

Limerick’s bid for the youth championships was supported by Archery Ireland, local and national tourism agencies, and the institution that will act as the event’s primary venue – the University of Limerick.

It was selected over two other strong submissions.

An historic city in the west of Ireland, Limerick is home to a sprawling 13th-century castle; has a proud sporting tradition, particularly in rugby; and is less than 30km from an international airport.

Ireland first, and most recently, hosted an international archery event in 2016 when the world field championships visited Dublin. This will be the second World Archery competition to take place in the country.

As normal, the 2021 World Archery Congress will be attached to the senior championships.

Unusually this decision had to be ratified by the board because, since the last congress, World Archery’s biennial gathering of its member associations is also permitted to take place alongside the Hyundai Archery World Cup Final.

World Archery secretary general Tom Dielen said: “As a sport, we are constantly looking to work with host cities in the long term, building experience and expertise to leave a lasting legacy.”

“Before 2016, Ireland had never hosted a World Archery event. But we are proud that we will build on the success of the competition held in Dublin and the passion of the organisers to return with another championships in 2023.”

Bid committee director Adam Taylor said: “This is fantastic news for archery in Ireland. While a lot of hard work has already gone into this bid we are looking forward to welcoming everyone to Limerick in 2023 and showcasing what Ireland has to offer.”

Archery’s international events are currently on hiatus due to the COVID-19 pandemic.

A final decision on the 2020 season will be published no later than 15 July, while the calendar for the 2021 Hyundai Archery World Cup is expected on 20 July. 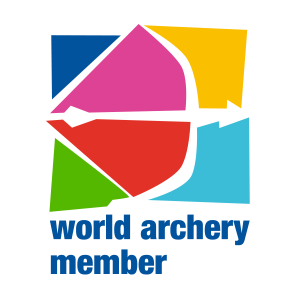