It is the second year in a row that Gellenthien has won the compound men’s event in France.

“This is actually my fourth overall championship in Nimes and the pressure never gets less,” he said. “This is probably one of the most intense finals I’ve had, shooting against a French favourite so I’m really happy to come out on top.”

Just 19 years of age, Girard comes from Saint-Martin-de-Crau, a town 50 kilometres southeast of Nimes. He made the shootdown at the Vegas Shoot in 2019 and this silver is his first major medal.

A second world number one from the USA took gold.

Brady Ellison defeated Jack Williams in a five-set recurve men’s final. He needed a sympathetic call on a line-cutter to take the match – 6-4 – and got it.

He could be heard on the live broadcast congratulating his teammate, saying “good match, Jack”, as they shook hands.

“I was just concentrating on my own shooting,” said Sim. “I was the winner last year at the Finals and when I get back to Korea I’m going to train hard to win it again.”

She had battled up from the number 10 seed with wins over world record holder Sarah Prieels and world number one Alexis Ruiz to make a final against Tanja Jensen.

Jaatma was three points up after nine arrows. She survived a last-ditch surge, including a perfect last end, from Jensen to win, 145-143.

“It’s my biggest win. I haven’t shot with this big crowd [before],” she said. “The gold medal match, I was super nervous but everything went good so I was super proud.”

The last stage of the Indoor Archery World Series consists of the first two days of the Vegas Shoot.

Replay the medal match sessions on the World Archery YouTube channel. Highlights will be published later this week.

The fifth event of the 2020 Indoor Archery World Series was the Sud de France Nimes Archery Tournament on Friday 17 to Sunday 19 January 2020. 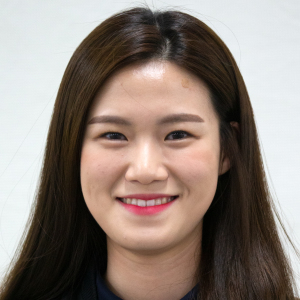