Andrea Robles, Kris Schaff, Park Seon Jin and Ko Dusol took the individual titles at the Macau Open and take an early lead in the elite ranking for the 2020 Indoor Archery World Series. The most impressive of those wins was authored by Robles.

Robles qualified fourth with 579 points and defeated Xu Lumeng and Natalie Duncan before facing Prieels in the semis.

A 146-point match had her upset the top seed by one. She needed just 141 to beat an off-pace Pearce by six in the final.

“It’s given me a lot of confidence. It’s also given me an opportunity to see where I need work. My mistakes, see what I did well, wrong,” said Andrea.

The indoor season has officially begun but Robles and the rest of the Philippines archery team are still shooting outdoors, too. The Southeast Asian Games – a major outdoor tournament for the region – take place at the start of December.

He hadn’t dropped a point through two ends of the final against Kris Schaff, either. (One-hundred-and-twenty-six consecutive competition 10s in Macau, for those counting.)

Schaff, who is the reigning Indoor Archery World Series Champion, shot 148 points for the final and stole victory at the Macau Open.

The recurve titles were contested between the numbers one and two seeds – all from Korean pro squads.

All four winners in Macau collect 250 points and take an early lead in the elite ranking for the 2020 Indoor Archery World Series.

The first event of the 2020 Indoor Archery World Series was the Macau Open on Saturday 9 and Sunday 10 November 2019. 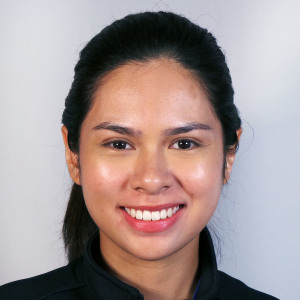