Denmark beat Turkey in the compound men’s team final at the third stage of the 2019 Hyundai Archery World Cup in Antalya, 232 points to 230.

“Now we’re back. We have four guys here. It’s just great. We have such a good team now.”

It wasn’t long ago that Denmark was vying with the USA for the title of best compound men’s team in the world. The third spot on the squad, behind stalwarts Martin Damsbo and Hansen, has been the issue since.

And without that consistent number three, the Danes had slipped down to 10th in the world rankings before Antalya.

Twenty-seven-year-old Mads Knudsen joined Dambso and Hansen in Antalya – his first international event. They looked like the Denmark of old, each dropping a point here and there but nothing far from the middle, while Turkey shot better than their ninth seeding should indicate.

After 12 arrows, the Turkish team had a single point advantage; six later, Denmark was up by one. Small nines were making the difference.

With the score at 222-230 and one arrow remaining in the match, Damsbo’s shot left the result in no doubt. At his 50th career Hyundai Archery World Cup stage, the veteran drilled a high 10 to seal Denmark’s first compound men’s team gold in two years.

“It’s great to see in Denmark the potential. We keep bringing up new archers. We all have to keep our game up,” said Damsbo.

India beat Russia by five points in the compound men’s team bronze medal match. The medal was all but won in the first two ends.

The Indian team opened with 59 points and maintained the level throughout, shooting ends of 58, 59 and 59 again. Russia started with a pair of 56s and trailed by five at the halfway point.

That was the difference that held – and even a last-ditch perfect 60 to close couldn’t help. India’s Rajat Chauhan, Abhishek Verma and Aman Saini took bronze.

The third stage of the 2019 Hyundai Archery World Cup takes place on 20-26 May in Antalya, Turkey. 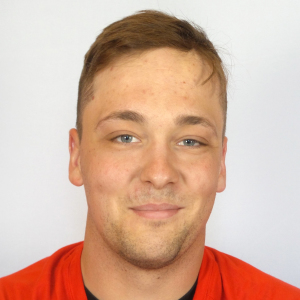