Top shot: The best archer at the second World Cup stage of 2019?

This isn’t a ranking of winners or which archer climbed the most podiums. This is an analysis of who impressed the most – all but ignoring the final results.

And the most impressive archer in Shanghai wasn’t a winner. He finished his last match of the tournament with an eight – but his shooting, and his demeanour, up until that point hinted of bigger things to come.

As Braden Gellenthien said in his post-match victory interview: “He didn’t get to the finals by mistake, he deserved to be there and he shot just like… he proved it.”

Back-to-back titles for Chae Young speaks for itself. Braden has shot two consistent tournaments in a row, too – and Tan Ya-Ting picked up her annual individual podium at her first event of the year.

Brady Ellison was the best archer on recurve finals day. He might have only left Shanghai with bronze, but the 89-point match he shot against Sjef van den Berg was beautiful.

The one arrow that missed the middle – he, his opponent and everyone watching knew that wasn’t going to hit as soon as he let go.

The compound men’s final was dramatic – but So Chaewon’s compound women’s final was clinical. She matched Braden’s score of 148 points in the arena – which is nothing to be sniffed at.

It’s the kind of points total that could easily challenge someone like… Sara Lopez, should So come face-to-face with the longtime-unbeaten Colombian archer in the finals of a major event. Say, the upcoming world championships, perhaps?

Yes, Brend Frederickx did shoot an eight with his final arrow. And yes, that was because he folded under the pressure. He had that medal in the bag – until he didn’t. But archers have won stages of the Hyundai Archery World Cup with less than a 147 in the final.

Not only is the second place an excellent start to an international career but the way Brend handled himself for 93% of that match with Gellenthien makes it seem likely that his performance in Shanghai won’t be a one-off.

The second stage of the 2019 Hyundai Archery World Cup took place on 6-12 May in Shanghai, China. 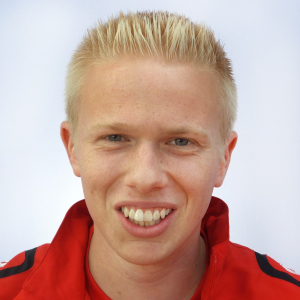