Matt Sullivan, who made his Hyundai Archery World Cup debut in Medellin, finished top of the compound men’s ranking round at only his second event – stage two of the international circuit in 2019 in Shanghai, China.

The 40-year-old from the USA scored 712 out of a possible 720 points for the 72-arrow 50-metre round, giving him a two-point lead on the second seed, Korean archer Choi Yonghee.

“I’m rather surprised. I didn’t know what the wind was going to do today, honestly. Just came in this afternoon and hung on for the best. I shot some good arrows, shot some not so good, and I got lucky on a couple of them. I’ll take the luck any days,” said Matt.

Both shot a perfect 150 points and 10s in the tiebreak – but Braden’s deciding arrow was an X, Matt’s only a 10, and it was enough to produce the upset.

“To lose with a 150, that hurt. I went back home and did some additional tuning, a little work, tightened up my bow a little bit more. I shot a really high X-count today, which I’m happy with,” said Sullivan.

“I don’t count out anybody here. I’ve seen it too many times. You see a low seed come up and clean that guy’s clock who was number one and go out in the first round. You can’t give any slack and you can’t let up.”

Top seed Sullivan is a new addition to the US squad. Having grown up shooting unmarked 3D, he gave up competitive archery at the age of 21, before picking up a bow again in his mid-30s.

“I’ve been doing this my whole life. To make a finals now would really make me happy,” he said. Sullivan is the non-travelling reserve for the USA’s 2019 Hyundai World Archery Championships squad.

He, Schaff and Gellenthien seeded first as a compound men’s team in Shanghai with a combined 2127 points; Korea’s Choi, Kim and Yang were two behind.

Choi and Kim Yunhee pipped Sullivan and Alexis Ruiz, who won gold as a pair at stage one, to the top spot over the compound mixed team ranking round by three points. 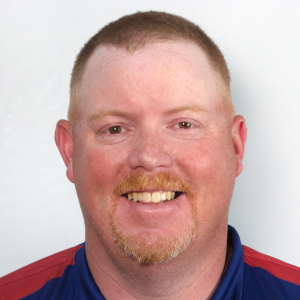