Sara Lopez scored 713 out of a possible 720 points to match her own world record for the compound women’s 72-arrow 50-metre ranking round and lead Colombia to a new team world record at the first stage of the 2019 Hyundai Archery World Cup in Medellin, Colombia.

“I’m really happy. The weather was just perfect to break the records. We got the team one but unfortunately, I just managed to match the individual one,” said Sara.

Lopez has held the compound women’s record since May 2015, setting the current score of 713 points that same November.

“I felt pretty confident with what I did and with all of my shots,” she added. “This is a very good start to the year as my goal is not just to win medals but to improve scores.”

Lopez, Usquiano and Alexandra Sandino, who ranked seventh, broke the compound women’s team ranking round record with a combined 2112 points. It was four higher than Korea’s previously world-leading score.

“Although we have two new team members, we have come together really well. There’s good friendship and the idea is to continue working hard,” said Usquiano.

She and Lopez were part of the Colombian compound women’s team that won the world title in 2017. They’re joined by Sandino and Maria Suarez at this, their home stage of the Hyundai Archery World Cup in Medellin.

Ruiz, like Lopez, was scoring above world record pace at the halfway point in the round. The US archer had dropped just two points after 36 arrows – but lost 19 over the second 36 arrows to finish on 699.

Lopez and Jagdeep Teji Singh added a second compound record for Colombia later in the day. Their combined 1415 points was three more than the previous world best for the mixed team ranking round, also held by Korea. 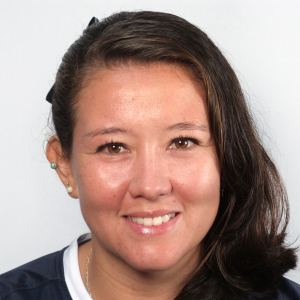