Faith Miller scored 594 out of a possible 600 points for the 60-arrow 18-metre ranking round to beat the compound junior women’s world record by a point at the 2018 Roma Archery Trophy, the third event of the 2019 Indoor Archery World Series.

“I did not realise that I could beat the world record. I still don’t believe it. I didn’t expect it at all,” said Faith. “It’s incredible. I did not imagine I would shoot so well.”

The previous record of 593 points had stood for 12 years after being set by Erika Jones in 2006.

The Roma Archery Trophy is Faith’s first international event. She has previously competed at major USA Archery tournaments and was named a cadet member of the USA Archery Team in 2019 for the first time.

A world record has been set at all three stages of the 2019 Indoor Archery World Series so far.

Miller’s joins Casey Kaufhold, who set a recurve junior women’s record at the GT Open in Luxembourg, and Ryoo Su Jung, after she beat the recurve women’s best qualification score at the Macau Open, as record setters this indoor season. 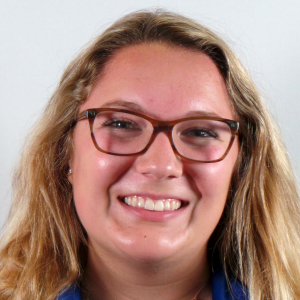