It’s been more than a decade since Domagoj Buden started shooting a bow, but just a few months since it’s truly become his career.

At 21 years of age, his achievements include winning six world medals, one bronze at the 2017 World Games, and a three podium finishes on the Hyundai Archery World Cup circuit.

“[Turning pro] wasn’t really a fixed decision, it just kind of happened over time,” said Domagoj. “I stuck to my old sponsors that were giving me the equipment I liked, and that was giving me the opportunity to reach higher scores and be at the level to achieve something.”

“With results, contracts started coming in and I was just fortunate enough to be able to say I’m actually making a living out of this and that means I turned professional.”

Seeded ninth with 593 out of a possible 600 points for the 60-arrow 18-metre ranking round at the GT Open in Luxembourg, the first event of the 2019 Indoor Archery World Series, Domagoj beat Jens Asbach, Reginald Kools, Braden Gellenthien, Sergio Pagni and world number two Stephan Hansen to secure gold.

It was his first win as a full-time archer – and not in his best discipline.

“I was never too strong at indoors, which might be related to the fact I didn’t have a good indoor facility. Now, being able to practice 24/7, has improved my results and it’s nice to see it finally paying off,” he said.

The reward of winning now has to be balanced with the challenge of retaining enjoyment in the sport – rather than just seeing it as a way of making a living.

“I have to make sure I still see archery as something I love doing and not get stressed about winning this prize money or that prize money,” he explained.

“It’s a lot of pressure as it puts bread on your table but at the same time I’m very thankful to be doing something that I love, not many people manage to do that whether it’s in or out of archery.”

Domagoj comes from a family of archers. His sister Ivana has shot since 1996 and his father Dubravko travels as a coach and photographer.

“My family is extremely supportive in good and bad times,” he said. “I actually have two sisters, Ivana and Nikolina, who are both a massive support. It’s nice to have a part of the family I can talk to about other stuff and not just archery.”

After all, his professional career is just getting started. 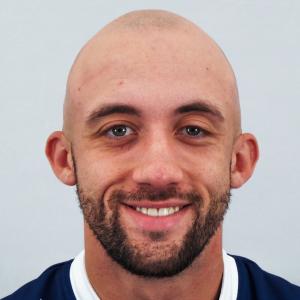