Oonuki Wataru collected his first ever international medal when he finished third at the Wroclaw 2017 World Games in Poland; it was Japan’s first podium at that event. Now shooting at his first World Archery Field Championships in Cortina, Italy, the 24-year-old has his sights set high:

Seeded ninth with 694 points over the 48-target qualification round – 24 marked and 24 unmarked – Oonuki had a three-match path to the semifinals to join pre-seeded archers JC Valladont and Brady Ellison.

On elimination day in the Dolomite mountains, he shot two of those three matches, first beating Hungary’s Karoly Buzas, 81-79, and then Germany’s Florian Kahllund, 98-93.

“Winning my second match with 98 points gives me confidence; I think it’s a good score for my main goal of making the final,” said Oonuki.

He will face Sam Herliq from France in his last elimination match. The winner will advance into a semifinal against Valladont, who Oonuki upset on the way to winning his medal at the World Games.

“The last time I shot field, I beat Valladont, a very experienced archer, and won a bronze medal. If I win my third match, I can shoot against him again,” he said.

“And then, if I’m lucky and Brady also is, I might be able to shoot the final against him, but I would like to win.”

Oonuki is short of international experience compared to those two Olympic medallists, with just two years under his belt. He’s previously competed in the target discipline at the World Archery University Championships, the Summer Universiade and at Hyundai Archery World Cup stages as a member of the Japanese recurve men’s team.

It is field archery, though, that is his favourite discipline to shoot.

“I like the variety it has. In target you are only shooting at 70 metres and in a straight line, while in field you have to find the way to stand, the best position to shoot, you have to guess distances and if you don’t do things well, you can miss,” he said.

“I like to think and challenge myself. Field is that.”

Focusing on target back in Japan, the World Games bronze medallist doesn’t get to shoot field as often as he would like due to a lack of availability back home. But Oonuki is a lover of the outdoors.

“I like archery because of my dad, but I also like its precision and nature which is something I find in field archery. I think it pushes me a lot because I have to concentrate to do good shots and that’s good for you and your mind,” he said.

Oonuki’s bronze in 2017 was Japan’s first medal at the World Games. One more medal is just two matches away.

“If we get good results at an event like this, I think we can get to see more Japanese archers at the next World Archery Field Championships. There are many amateur field archers in Japan but only a few do it professionally,” he said. 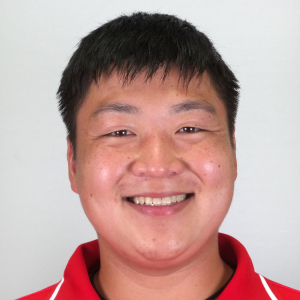