The Asian Games; the second Olympics – at least in the world’s geographically largest and most populous continent.

Like the Olympics, the tournament always delivers an exceptional standard of archery and, usually, more than its fair share of surprises.

Fours years ago, in Incheon, Korea led the medal table with five golds. China, India and Iran also won titles, while athletes from Chinese Taipei, Malaysia, Japan and the Philippines climbed the podium.

For the second edition of the multi-sport event, both compound and recurve archery will feature.

Unfortunately, in 2018, the compound tournament will not award individual medals – but only reward teams and mixed teams with Asian Games Champion crowns. But since it’s the team events that Asian nations tend to focus on – maybe that will only serve to intensify what already promises to be a world-class competition in Jakarta.

1) Defending champions return. Jin Hyek pulled victory out of the bag at the last Asian Games in 2014, to united it with the Olympic title he held at that time after winning in London. Dasomi missed the Korean team for the three years after her win in Incheon, but then returned in 2018 – just in time to defend her title in Jakarta.

2) Only two progress. An unusual rule at the Asian Games has only the top two qualifiers progress to the individual brackets. It means there’ll be no clean sweep of any one podium.

This only applies to the recurve competition, of course, as there’s no individual compound event in Jakarta.

And this, in turn, shows how important the team event is to the nations in Asia. Despite only needing three athletes for the team, Korea, India and others have taken four – likely so that the best three on the day can progress into the knock-out stages as a group.

3) Dedicated field. The archery field in Gelora Bung Karno was built in 2016 in order to host this event, which will be the largest archery tournament at the Asian Games in terms of nations competing. There are athletes from 29 nations attending the tournament in 2018, and there was 27 in 2014.

Recurve: The modern evolution of traditional bows that have been used around the world for 1000s of years. The limbs curve away from the archer at the top, giving the ‘re-curve’ its name.

Recurve athletes shoot at 122cm targets set 70 metres away, with 10 scoring zones. Competition starts with a 72-arrow ranking round, used to rank athletes, and is followed by knock-out elimination matches resolved using the set system. Only the top two ranked athletes from each nation progress to the eliminations.

Athletes shoot sets of three arrows – and the highest-scoring athlete in the set receives two set points; a draw awards one set point to each athlete. The first athlete to six set points wins the match.

Compound athletes shoot at 80cm targets set 50 metres away, with 10 scoring zones (the outer four are removed). Competition starts with a 72-arrow ranking round. The combined scores of athletes from the ranking round is used to rank mixed teams (top one of each gender) and teams (top three of one gender).

The top five world ranked archers from Asia as they arrive in Jakarta. Overall world ranking is given in brackets.

*There is no individual competition for compound athletes in Jakarta, however individual qualification rounds will be combined for team ranking round scores.

The archery competitions at the 2018 Asian Games take place on 21-26 August in Jakarta, Indonesia. 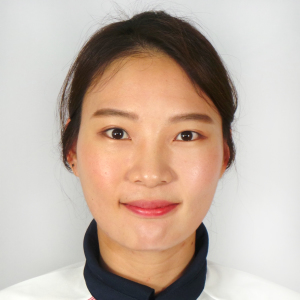