When Kazakhstan’s recurve men’s team secured its nation’s first ever international medal by making the gold medal match at the first stage of the 2017 Hyundai Archery World Cup Final, it was unexpected. When that same team defeated the Koreans in the Shanghai final, it was impressive.

But in Antalya, Kazakhstan proved themselves no fluke.

Denis Gankin, Oibek Saidiyev and Sultan Duzelbayev – who beat Sanzhar Mussayev, who shot in the team in Shanghai, to the third spot over qualifying – beat Chinese Taipei, second-seeded France in a shoot-off and Germany to qualify for their second consecutive gold final.

We won’t be picking against them again.

Some more snapshots from team eliminations day at stage two…

Both Danish compound teams – men and women, along with mixed team – shoot for Antalya gold. The nation has fielded notoriously-strong squads in recent times, the reason being, Martin Damsbo said, is being able to pick up any slack:

“First of all we have a strong shooter like Stephan [Hansen] on the team, we have me – old man – on the team, and then we have either [Andreas] Darum or Patrick [Laursen], also really good shooters. We’re never afraid of shooting a nine because the other two will pick it up.”

Coach Oliver Haidn said: “Today was really a good day, because we are are really at the beginning of our season, with the first competition outside – we were not in Shanghai. We're not surprised, but it was not in the plan to perform so well today, because we’re preparing for the World Championships in Mexico.”

While India’s recurve teams fell away before the last fours, both compound squads outperformed their seedings. Losing to Denmark in the men’s and women’s semifinals – the Indian trios will shoot for bronze, better than the sixth rank the men had and fifth rank the women had after qualification.

Italy, the recurve men’s number one seeds, had a slightly up-and-down day but did enough to get past Georgia, the USA and Japan to make the final.

David Pasqualucci said: “Yes, it's been a good day. All the week has been good for us. All the matches were difficult, but we’re looking forward tomorrow and the individual qualifications. Were we the favourites going in here? I don't know."

After Shanghai, I wrote that the USA was trending down after a Shanghai meet at which they probably would have liked more silverware. There, the compound men finished with bronze – and were happy to point out that, in Antalya, after beating France in the semis to make the gold medal match, they were “trending up”.

No easy ride, but all four top seeds made the gold finals: Italy’s recurve men, the Chinese Taipei recurve women, and the USA and Denmark’s compound men and women, respectively.

One of the tightest matches? In the first round. Brazil versus France.

France went 4-0 up, the second seeds looking for a quick win over 15-ranked Brazil. But, then, the latter posted sets of 58 and 57 points to draw the match level, and send it to a tiebreaker.

Brazil shot a sweet 29 in the shoot-off.

Italy or Kazakhstan to win in the final this Sunday? 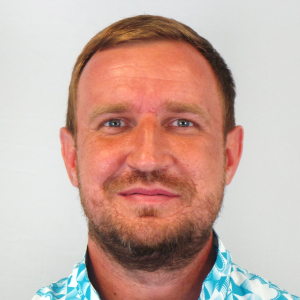 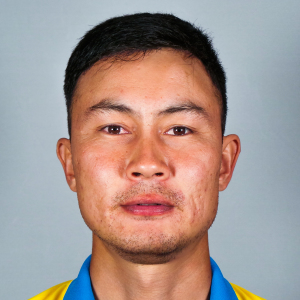