After winning a pair of gold medals at the first European Games in Baku in 2015, she was preparing to make a run at a seventh Olympic Games in Rio but did not find the level she needed to make the team. Italy won a full quota to the Games at the final qualification tournament.

“I did all to be ready for Rio, to be ready to try to make my seventh Olympic Games but my results were not good enough and the problems with my shoulder told me that I cannot shoot more to get better results,” Natalia explained.

“So I have decided to finish shooting, because my fun is winning competitions. I can’t win competitions because of the problems with my shoulder. I enjoy only when I’m winning. I will teach young archers and gain experience as a coach.”

She was recognised for her achievements and contributions to the sport in a ceremony at the third stage of the 2016 Hyundai Archery World Cup in Antalya, Turkey.

“I’m very happy and proud. For 25 years I made national teams, for three nations, and six Olympic Games. I tried to make the best that I could of everything,” she said.

Valeeva made her international debut in 1989, representing the Soviet Union, and won her first world title in 1991 at the World Archery Indoor Championships in Oulu, Finland. It was a crown she’d win another four times during her career.

She made the final of the World Archery Indoor Championships for the second and third consecutive times in 1993 and 1995, under the Moldovan flag, losing in ’93 but securing world title number two in ’95.

Valeeva won her first outdoor World Archery Championships in Jakarta, Indonesia in 1995, beating Germany’s Barbara Mensing in the final. Twelve years later, she secured a second outdoor title, when she took gold in Leipzig in 2007.

Natalia represented Italy from 1996 to her retirement, and became World Archery Indoor Champion a further three times during that period, in 1999, 2001 and 2012. She also won two team world titles – one indoor, one out – with the Italian recurve women.

She competed at all six Olympic Games from 1992 to 2012, and won a pair of bronze medals in the individual and team events in her debut in Barcelona.

“Everybody asks me: ‘Which Olympic Games did you like most?’ It’s like children, I made three and three different but they’re all mine. So it’s the same. All my victories were something different because it was my life that changed in that period,” said Natalia.

Over her career, Valeeva held multiple world records including the first perfect-120 in 12-arrow matchplay, shot during the World Archery Indoor Championships in Birmingham, UK in 1995 – and the 72-arrow 70-metre round, which she set at 679 in 2004.

She ends her career as one of the most successful archery athletes since the sport’s reintroduction to the Olympic Games in 1972. Not just because of her six Olympic appearances, not because of her long list of World Archery Champion titles and not because of her world records – but because she remained at the very top of international archery for so long.

“I never said ’okay, I won competitions and it’s enough’. Every time I won a competition I looked for the next,” she said.

Despite changes in equipment, competition structure and rules and the archers next to her on the line… Natalia’s will to win endured. 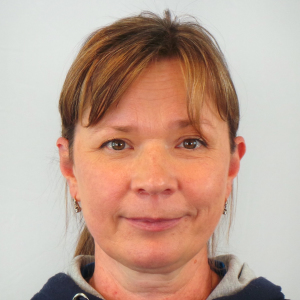