The third and last stage on the international circuit in 2016, Antalya is a favourite stop for many of the world’s elite archers. It’s got sun, it’s got sand and – this year – it’s got more archers than any other Hyundai Archery World Cup stage in history.

Antalya doubles up as the last leg of the Road to Rio: The Final World Qualifying Tournament for the upcoming Olympics.

Results for this secondary, side event will be available on a separate section of the website – as an incredibly-large field fights for the three men’s and three women’s team places up for grabs.

Depending on the outcome of that event, there’ll be between three and six individual spots available, too, in each of the men’s and women’s events.

(If a team has a single place qualified and upgrades to a team invitation, the individual space is thrown back into the pot.)

In 2015, Antalya had 430 archers on the field. That made it the largest event in the circuit’s history.

Exactly 400 of those are recurve archers.

Of the 48 men’s teams and 28 women’s teams in the final qualifying tournament, a total of six will win invitations to the upcoming Olympic Games. Nine teams in each division already have spots, and there’s still a number of squads sitting in the top 10 in world rankings in contention.

Not really related to the competition, but we’ll be testing a system on the practice field in Antalya that’s designed to measure archers’ heartbeats during competition.

Eventually, it will allow us to show, live and on the video screen during matchplay, just how well the competing athletes are coping with the pressure of the finals arena!

The Chinese team was entered to attend Antalya with a full roster – but pulled out of the event three weeks prior.

In a field full of, well, nearly everyone – that makes the Chinese squad’s non-attendance more interesting. But, then again, since China already has its full six place quota – both a men’s and women’s team qualified – the nation didn’t need to come to Antalya.

…but that does mean we won’t get one last idea of how the Chinese team slots in against the rest of the world, or an idea of form, ahead of Rio.

Having said that, a look at the results from Ogden 2012 reveals that exactly nobody who made the individual podium at that event then climbed the podium at the Games in London.

(In fact, only the USA recurve men’s team had medals at both events.)

The lead-up to Beijing 2008 was slightly different. Viktor Ruban won the last stage before the Games, in Boe, then lifted Olympic gold, too.

With all eyes on Rio and a shortened Hyundai Archery World Cup season, we’re already at the stage where the World Cup Final roster will be decided.

Tan Ya-Ting is the only recurve archer to have already qualified for Odense, along with compounders Mike Schloesser, Sara Lopez, Sarah Sonnichsen and Crystal Gauvin.

While our cut prediction is normally reserved for indoor events, where only 32 athletes advance to matchplay, with so many recurve men and women competing in Antalya it’s worth noting how important a strong qualifying performance might be.

To make the top 104 and the eliminations in Antalya in the recurve men’s event, athletes are likely to need to shoot 630+ (and possibly more), while the women’s cut should be over 600.

At stage one in Shanghai, we watched Iran’s compound men’s team cement its status as World Archery Champion, by beating the USA for gold. (The USA wasn’t in the team competition at the worlds in 2015, due to falling out of the cut after a scorecard mishap.)

Both teams are back in Antalya – and, undoubtedly two of the better squads on the field, it will be an interesting rematch to watch if the pair meets again.

The 2015 gold medallists in Antalya: 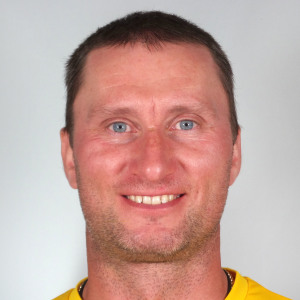