As the sun shines outside the Congresium hall in Ankara, Karina Lipiarska-Palka and her Polish teammates are preparing for the 2016 World Archery Indoor Championships.

“It is really warm now,” she says. “When we arrived it was not like that at all.”

After some hours on the practice field, Karina, who in 2015 was the only Polish archer to qualify a spot for her country to this summer’s Olympic Games, has some time for a short interview.

“In 2015 I achieved a first qualification, but there is still another chance this year. We are now preparing for Antalya in June 2016, where we will be fighting for the team qualification,” Karina explains.

Countries that have no spaces or a single space qualified in a category can increase their quota to three at the final world qualification tournament at the third stage of this year’s Archery World Cup.

Poland has that single space, thanks to Karina – it wasn’t easy, though.

“It was not warm at all and the strong winds and rain at times were causing difficulties. Still, I can be proud of it,” she says. Karina qualified the place in the secondary tournament at the World Archery Championships in Copenhagen.

“Although the eliminations took me through some up and downs, the individual competition was a great success,” she says, remembering that match against Kazakhstan’s Olga Senyuk that confirmed the Rio spot.

“After gaining the lead in the first two sets, 4-0, everything seemed secure, but then a moment of weakness made the situation change - I lost the following two sets. In the crucial final I shot three 10s and regained the lead.”

At the third stage of the Archery World Cup Stage in Wroclaw a few months later, the home Polish team finished in the top 10. The team will need that, and a little more, to secure the extra spaces to Rio.

For now, the focus is on Ankara, the Polish athlete explains. And it is not about rain, weather or storms. Every competitor has to fight with their own technique indoors. That is probably also the reason why competitors, Lipiarska says, are stronger. There is no wind, which might disturb their shooting and, conversely, there’s nothing in the conditions that can help.

“We have to fight on our own,” she adds. And, so far, Karina feels prepared for the upcoming competition.

“Each team has come here with some goals and they are what we want to achieve. A medal would be great, but we know that it will not be easy as there is a very strong team from Japan and a team from the USA, which is probably also very strong.”

Archery has been a part of Karina’s life for as long as she can remember. Both her parents were active archers, so it wasn’t difficult for Karina to pick up a bow: “It’s always been a great time. An opportunity to learn a lot in process, but also to learn a lot about myself.”

It is the mental process that counts above else, Karina explains. After all, a great technique will be no great advantage if in the end you lose your nerves.

Karina Lipiarska-Palka likes to remember her journey through the ranks, experiences as a junior and her first steps into international competition.

“Back then it was more about going on a trip, visiting another country,” she admits. These days, the Polish archer prefers to concentrate on the competitions, her preparation, shooting and results. Although it has always been enjoyable, travelling is not the most exciting part anymore.

Karina’s plans run until August 2016, and the Games, but she does not let herself expect too much at this stage. She already overcame an injury, and a shooting break, to qualify that place for Poland. Right now, Lipiarska plans to keep training, stay on track – and, step-by-step, reach that Rio goal.

“I am more realistic than optimistic,” she says, enthusiastically. “But there is no question; I will keep fighting.” 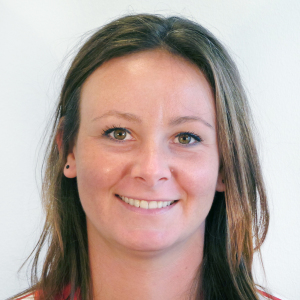