Double Act: The Latvian Archer who Shoots both Compound and Recurve

Archery is a sport, says Julia, that is accessible to all ages, people of all body shapes and those in all physical conditions. Having the chance to spend time outdoors, with family and combining elegant motions with dynamic activity, she explains, is what the 50-year-old from Lativian likes most about the sport.

Julia, a former engineer who specialised in bridge construction, started archery after the Sydney 2000 Olympic Games. It was the first time she’d watched the sport on television.

It inspired her, along with husband Alexander and daughter Elena, to give it a go.

“My husband bought a small target and two bows, one compound and one recurve,” she says. “Looking at them when they practised made me want to try it out as well.”

Julia started shooting recurve but, thanks to a recommendation from her husband, switched to compound two years later. Compound archery was not very popular in Latvia at that time and, therefore, interested Julia.

After a while, national then international competitions became a reality. She started to collect tournament experience and memories, the joy of winning and watching herself, her family and friends growing as archers. She met people from around the world and made new friends.

Julia made archery her life.

In 2015, she represented Latvia at the World Archery Championships in Copenhagen. (Knocking out no-one less than defending World Archery Champion Kristina Heigenhauser in the first round, before losing to Crystal Gauvin.) Also currently a board member of the Latvian Archery Federation and working as Secretary General of her local archery club Atlantis, Julia practises as much as time allows.

“It depends on my work and the accessibility of the shooting range. I can practice indoors three to four times a week, and outdoors whenever it's not raining,” she explains.

Two years ago, Julia decided to reconnect with her recurve archery, to complement her compound. It’s something, says Julia, that has served as an excellent motivation to increase her scores overall, as she develops her ability with both bows.

“My practice routine became much interesting and fun,” she says, explaining that she doesn’t feel much of a conflict between the two techniques. “I enjoy shooting both styles – as they are not much alike.”

Currently feeling more confident with the compound in her hand, Julia believes that she has some potential with the recurve – and feels she has the opportunity to achieve solid international results. It would seem that there’s weight to this theory, considering what she’s already achieved on the indoor circuit with both styles.

At the third stage of the 2015/16 Indoor Archery World Cup in Nimes, France, Julia seeded 22nd in the recurve women’s event with 564 points, and 22nd in the compound competition with 577, shooting each ranking round, then the two first matches, one after the other.

She lost in the first round of both head-to-heads, finishing 17th, twice.

“In Nimes, I was quite happy with my scores in the recurve qualification, but not so much with the compound ones as I shot less than I could have,” she admits.

Julia says that shooting with both bows in the same competition doesn’t negatively affect either performance as she’s mentally prepared to focus on the particular bow she’s shooting at any one time.

“The results in Nimes would have been the same if I was only shooting with the compound,” Julia says. “In Berlin I qualified 15th with recurve and then first with compound, which means that it has nothing to do with me switching techniques or shooting with two bows.”

At the 2015 Berlin Open, another competition that attracts some world-class archers, Julia finished second with her compound.

Despite making steps into the governance side of the sport in Latvia, Julia is a woman who is more comfortable on the shooting line than in the tribunes watching and socialising. And she’s already set herself a next archery challenge:

“I will definitely try to shoot the Latvian Championships with both recurve and compound, if it’s possible.”

We tip our hats to you, Julia! 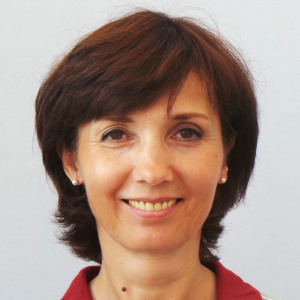