“I was nervous, but I stayed focused,” said Ika, who was taking long, deep breaths before each shot in the match. “My heart was beating so fast.”

After winning the first set, the Indonesian archer started the second with a six. She followed it up with two 10s, recovering a set point when XU only managed a 26 herself. From there on out it was clean sailing for Ika, who took the match 7-1.

“This ends a perfect week for me,” she said.

She beat Russia’s Tatiana SEGINA, who had to come straight back out after losing the mixed team final to Mexico.

The individual bronze medal match loss hurt Tatiana more, though – as it meant she wouldn’t collect enough points to jump up into the top seven in the World Cup rankings.

If SEGINA had won, she would have qualified for the Lausanne World Cup Final in seventh place.

Deepika said she was just happy to have recovered the performance level she was missing at the last two World Cup stages – in Medellin and Antalya – which, she said, “went terribly, really terribly”.

For the first time in five years, there’ll be no KUMARI at the World Cup Final, but at least she’s back on track in time for the Asian Games. 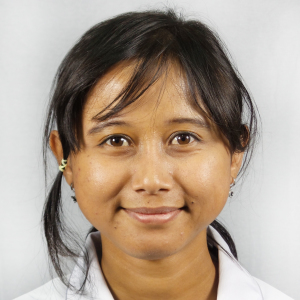