Who can win Olympic quota places at the 2019 Asian Championships in Bangkok?

There are five phases to the Olympic archery qualification for Tokyo 2020. The first is the main qualifying tournament, the World Archery Championships before the Games, and the second consists of the five continental Games.

We‘re now in the third phase – the continental championships in Asia, Europe, Oceania and the Americas.

The 2019 Asian Archery Championships will be the first of the four to award Olympic quota places for Tokyo 2020. There are six to be won tomorrow in Bangkok.

These are the last six reserved for countries in Asia. More could be won at the final qualification tournament – phase four – or awarded through the last phase, which is the universality invitations. (The Berlin stage of the 2020 Hyundai Archery World Cup is where the last qualifying event will be held.)

Nine Asian countries currently have 30 Olympic places qualified. Twenty-two will compete for at least one of the six available on Thursday 28 November.

A country can only participate if they have not already won a space in that category. Each country can win a maximum of one space in each category.

A list of countries participating in the continental quota tournament at the 2019 Asian Archery Championships.

The quota tournament uses the ranking round results from the 2019 Asian Archery Championships to seed athletes.

Deepika Kumari, who is competing under a neutral flag due to the current suspension of the Archery Association of India, enters the brackets as the number-one-ranked recurve woman. Robert Nam of Tajikistan is seeded first in the recurve men’s quota event.

Depending on the results of the brackets, the countries that win the places will either be decided in the quarterfinals, semifinals or bronze medal matches.

Competition starts at 9h00 GMT+7 local time on Thursday 28 November. The quarterfinals are scheduled to begin at 14h00.

A list of countries from Asia with quota places qualified for the Tokyo 2020 Olympic Games before the 2019 Asian Archery Championships.

A total of 128 athletes will compete in the archery competitions at the Tokyo 2020 Olympic Games. For the first time, there will be five gold medals contested at the Olympics following the introduction of the mixed team event. 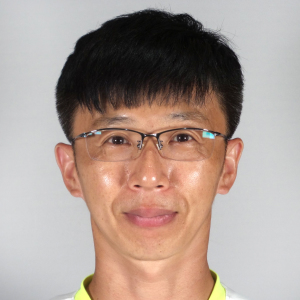