Only eight athletes in each category compete in the Hyundai Archery World Cup Final. There’s no ranking round. They go straight into quarterfinal matches. Every arrow counts.

And, since last year, the opponent they’ll face isn’t revealed until the very last moment. A random draw held just two days in advance of the competition picks each archer’s position in the bracket. That makes it quite difficult to predict how the tournament will flow – and who has the easiest path to victory.

Nevertheless, three days out from the event, we asked our editorial staff who they think will win those coveted Hyundai Archery World Cup titles in Moscow.

After such a stunning season to date, Brady Ellison arrives in Moscow as the top contender. His win can wrap up a dominant 2019 campaign. Tan Ya-Ting is yet to climb to the top of a World Cup stage podium – but she is putting together a successful year.

Lopez’s latest performance has brought her back to the top. Following her gold medal at the Pan Am Games, victory in Moscow shouldn’t be a surprise.

James Lutz, the current world champion, has competed in over two major international events this year and bagged two major wins. Moscow is a chance to maintain his 100% win record. And for everyone else to ruin it.

Without knowing the brackets, it’s hard to predict winners. We might be in for surprises – but, then again, the top shots usually prevail, no matter who they face.

Brady is on fire. He’s reached most of the goals he set this season – world champion and world record – and I am sure being the first to win five Hyundai Archery World Cup Finals is the third box to tick on the list. Tan Ya-Ting has got what it takes; it’s her time.

Sara and Mike both had somewhat disappointing world championships. They both set the record straight at their respective continental Games – in the Americas and Europe – taking gold. They’re in a class of their own and have been there for a while. The rest will have to bring their top game to beat either archer at the moment. And I don’t see that happening.

The recurve men’s line-up is a terrifying array of business-end talent. I’m liking Sjef to use his veteran’s experience in the finals field to his advantage and finally pull down a big one. In a patchy recurve women’s field with question marks over the big names, I’m going for Yichai.

Mike will tear through this field like a scythe. It’s over. Even a wobbly final arrow will not stop the Heerlen juggernaut. And, if Lopez really turns up, there’s nobody that can stop her – but, in a particularly strong compound women’s field this year, I think Alexis Ruiz could stand out and very easily go all the way.

I’m pushing my chips in with the reigning world champions: Brady Ellison, James Lutz and Natalia Avdeeva. These three already bagged a big prize in 2019 and Moscow gold would be a bonus. Plus, Natalia should garner something from a sympathetic home crowd.

In the absence of the recurve women’s worlds winner, Lei Chien-Ying, who did not qualify, my favourite for the 2019 Hyundai Archery World Cup Final is her compatriot, Tan Ya-Ting. The 25-year-old is the world number two and has consistently made the podium this season.

Gellenthien is in great form and has seemed focused yet relaxed in the arena this season. I expect him to have one or two tight matches, depending on the draw. I’m taking Lopez over Ruiz. Her experience – at winning – is unparalleled.

Kang Chae Young all the way. No fuss; gets on with job and makes adjustments without affecting her process. The recurve men’s pick is a tough one because I think there are at least five in the field that can win this tournament so the draw will be a huge factor.

But I’ve been forced to pick, so I’ll take Ellison.

Featuring an incredible line-up with talent and experience, the recurve men’s competition will be one to enjoy. Brady has undoubtedly been the best athlete of the year and has won almost everything he’s attended in 2019. Moscow will be Ellison’s fifth Hyundai Archery World Cup Final win – and it’ll match Lopez after she takes number five on Friday.

One bad arrow and out. That was Mike’s world championships story, at home in the Netherlands, and I doubt he’d like to go through that all over again. He’ll finish the season right at the top.

Kang Chae Young is the world number one and has been victorious in 93% of her matches in 2019. There’s no conversation.

For the record, I originally had Brady Ellison, Tan Ya-Ting, Mike Schloesser and Sara Lopez selected. But that seemed unimaginative, so…

Universiade champion Anton Bulaev is about to become the first archer representing the host country of a Hyundai Archery World Cup Final to take individual gold. Forty-six-year-old Sophie Dodemont is going to flip a switch and only drop two points in three matches on the road to the compound women’s title.

Tomomi Sugimoto will face Kang Chae Young and Tan Ya-Ting in Moscow. She’ll beat them both and win the recurve women’s event, giving Japan something to talk about in the lead up to the Olympics…

…And Kim Woojin, who has somewhat faded into the background this season, is going to dominate and remind us all that he did win the world championships. Twice. (In 2011 and 2015.)

That will draw Woojin level with Lopez and Ellison on four career Hyundai Archery World Cup Final crowns – and we’ll do the first-to-five dance all over again next year. 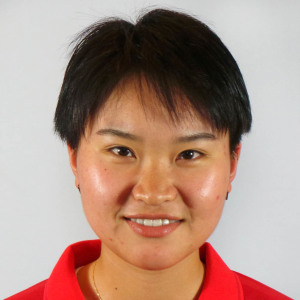 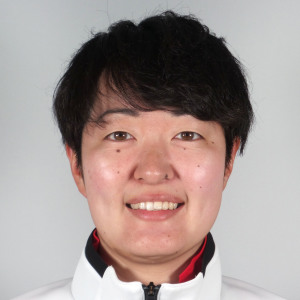 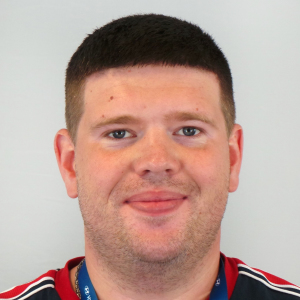