Best of 2016: The breakthroughs of the year

Whether an up-and-coming star, an incredible single performance or a long-time international making the leap from participant to world-class competitor, 2016 saw athletes from around the world step up, raise their game and break through the ranks to put the archery world on notice.

The 21 year old from the Netherlands has had a remarkable year by any standards. There were signs in 2015 when he took the silver medal in the European Games in Baku, but 2016 has seen Sjef emerge as the best in his country and one of the top three archers in Europe.

To open the season he scored a first senior Hyundai Archery World Cup stage victory in Shanghai, winning the final against Zach Garrett on the Lujiazui Village Green.

In Rio, despite sickness and a burst blood vessel in his eye, he lived up to his form, beating Lee Seungyun in a spectacular quarterfinal which was one of the best men’s individual matches of the day. Sjef produced a 30 in the final set to best Seungyun’s 29, before falling to silver medallist Jean-Charles Valladont and agonisingly missing out on a bronze medal to Brady Ellison.

He would face Brady again in a testy Hyundai Archery World Cup Final in Denmark a month later. That went to a shoot-off, where Sjef was again denied. It’s been a slightly bitter pill to swallow for the Dutchman, but his resilience is the key.

If he maintains this form, the sky remains the limit, and Tokyo beckons.

An individual breakthrough for the veteran South African archer saw him take silver in Odense on the back of a quality Hyundai Archery World Cup year – and becoming the first South African to, a), make the World Cup Final and, b), podium there.

He followed that up in November by tying the second highest 1440 Round score in history with a 1418 in Durban. At the age of 37, the former 30-metre world record holder remains focused on the World Archery Championships next year, proving that age is nothing but a number.

At 16, Dahlia made her first Hyundai Archery World Cup stage final in Antalya, upsetting teammate Crystal Gauvin and a host of experienced competitors on the way. She lost only to unbeaten world number one Sara Lopez – and found herself just out of the World Cup Final line-up on a world-ranking tiebreaker.

When Lopez withdrew, Crook was called up – and though Gauvin dealt some measure of revenge in their first match in Odense, leaving Crook in eighth, Dahlia’s debut year on the international circuit was already a success.

Alejandra Valencia: Only 22, and with plenty of podium performances behind her already, in 2016 and particularly at the Rio Olympics Alejandra stepped out from Aida Roman’s shadow to be by far the strongest archer in a mixed Mexican performance in Brazil.

She already had a reputation for Korean giant-killing, having previously knocked down Joo Hyun Jung and Chang Hye Jin in international competition, but the roars around the Sambodromo arena when she ousted red-hot favourite Choi Misun, 6-0, in the quarterfinals – subsequently upending the women’s division – were something to behold.

Valencia was perhaps a little unlucky not to take bronze against a distracted Ki Bo Bae.

Areneo David: Malawi’s first ever Olympic archer did his country proud this year, with hugely improved technique and putting almost 100 points on his 720 round score over 12 months. His breakthrough was one of a nation.

Domagoj Buden: Just 19 years old, the 2013 world compound cadet champion booked a succession of strong results in 2016 including a bronze in Antalya, through to the Hyundai Archery World Cup final in Odense. Much surely beckons for the future for the Croatian youth.

Htwe San Yu: The archer from Myanmar arrived in Rio on a Tripartite commission place, one of just seven athletes from the country in Brazil. She ranked 51 of 64 recurve women in the ranking round, but then proceeded to demolish the much-higher ranked Taru Kuoppa and Mackenzie Brown, to make the women’s final day, where she was stopped by Ki Bo Bae. 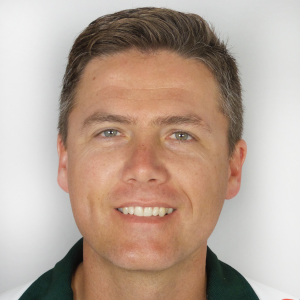 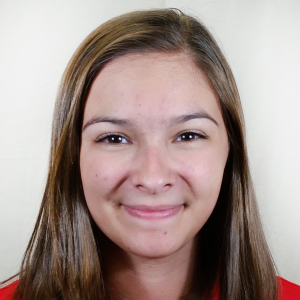